The NYPD Motor Vehicle Collision Data report for the month of July is a blow to the various Vision Zero Initiatives that have been deployed since the beginning of the year to reduce traffic deaths. The initiatives that have been mainly focusing on pedestrian fatalities didn’t seem to have been very effective this summer with the number of pedestrian fatalities more than doubling from 7 to 15 between June and July. 11 cyclists also died since the beginning of the year, almost twice more than in 2013 when 6 cyclists lost their lives during the first 7 months of the year. 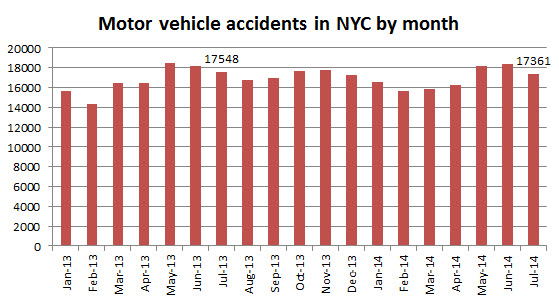 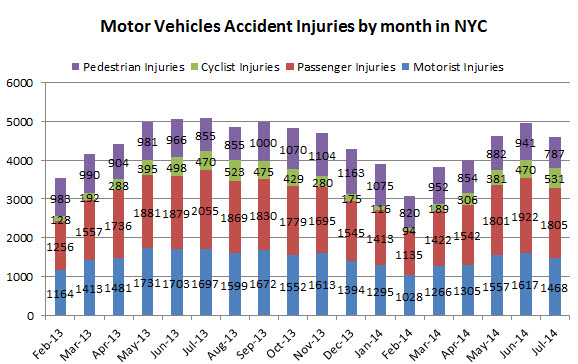 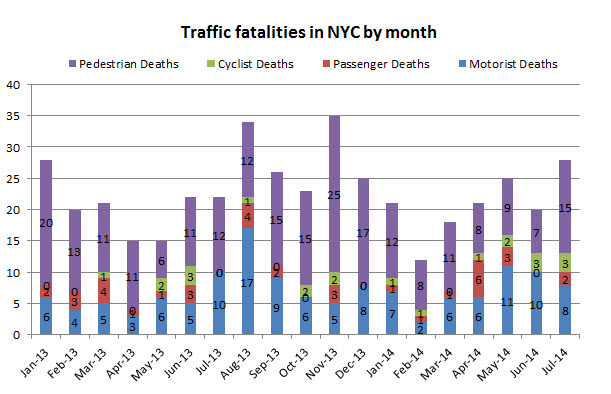 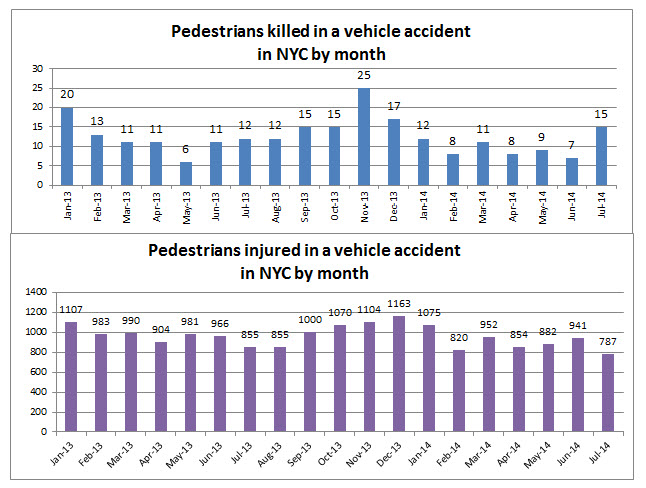 A total of 664 bicycle accidents were reported to the NYPD in July. The available NYPD collision data goes back to August 2011 and this is the highest monthly number ever recorded since that date. 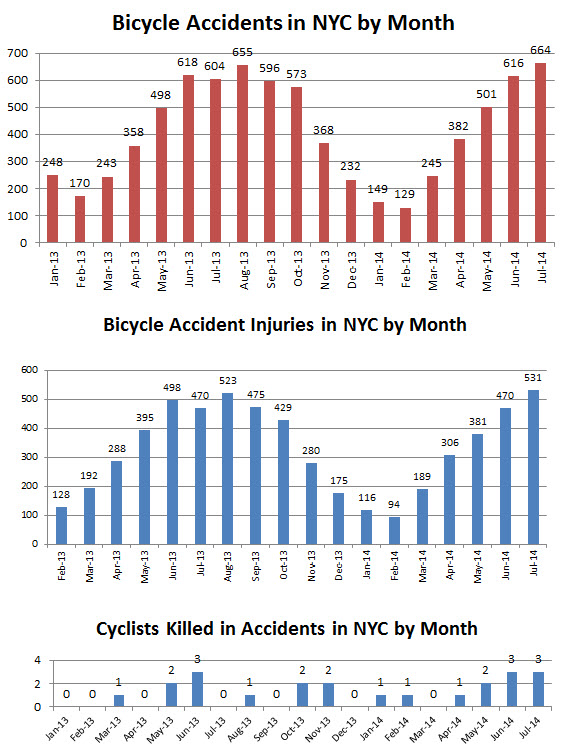 Distracted driving continues to be the number one cause of accidents in July in NYC. 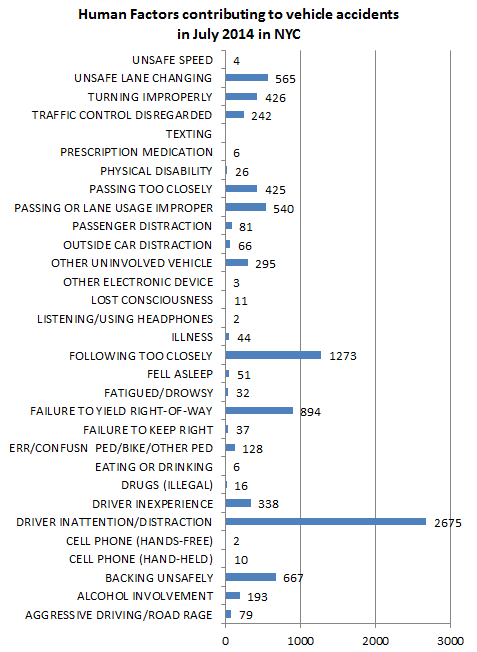