According to a Street Blog NYC article by Brad Aaron, the victim seemed to have the right of way and under the new Vision Zero Law (Intro 238) the bus driver should have been charged. However the police told the Gothamist that they could not say if Ward had the right of way and didn’t charge the driver. 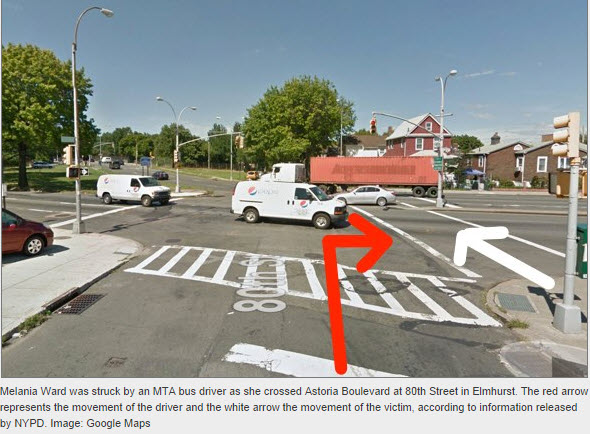