To reduce the number of truck accidents on American roads by keeping unsafe trucking companies off the road, the Federal Motor Carrier Safety Administration (FMCSA) launched in 2010 a program called CSA which stands for Compliance, Safety, Accountability.

The FMCSA has not fully implemented this program yet and was previously criticized by the Government Accountability Office and by the American Trucking Association for being too lax (see previous blog) about it. A recent audit by the Office of Inspector General which was made public at the end of last week reinforces these concerns.

According to the audit, the quality of the data received by the States is improving but only half of the commercial carriers have provided this data. Adding to that the FMCSA has not yet implemented a data correction process to make sure the information received is accurate and correct it if necessary. In regards to the implementation of CSA at State level, only 10 States have fully implemented CSA enforcement intervention process. THE FMCSA is unable to provide a deadline as to when the program will be fully implemented in the 41 other States. The audit also reveals that the FMCSA is not adhering to Information technology best practices and Federal Guidance in regards to its safety measurement system. 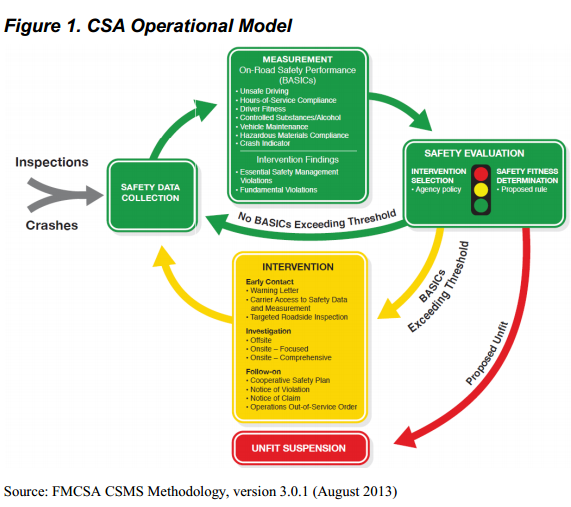