Military hospitals will continue to be plagued by medical malpractice and systemic medical errors in the most routine procedures as long as nothing is being done to address the weakness of the patient safety system in the military environment. According to a recent examination by the New York Times, from 2011 to 2013, medical workers in military hospitals reported 239 unexpected deaths, but only 100 inquiries were forwarded to the Pentagon’s patient-safety center, where analysts recommend how to improve care. Cases involving permanent harm often remained unexamined as well.

The problem is particularly concerning in maternity care and surgery. Babies born at military hospitals are twice as likely to be injured during delivery as newborn nationwide and their mothers have a higher risk of suffering hemorrhage after childbirth. The rate of surgical complications such as infections or improperly done procedures is above the expected rate in half of the 16 biggest military hospitals.

In an excellent article in the New York Times, Sharone LaFraniere and Andrew W. Lehren describe how medical errors have affected or destroyed the life of military families and analyse the reasons behind this disaster. 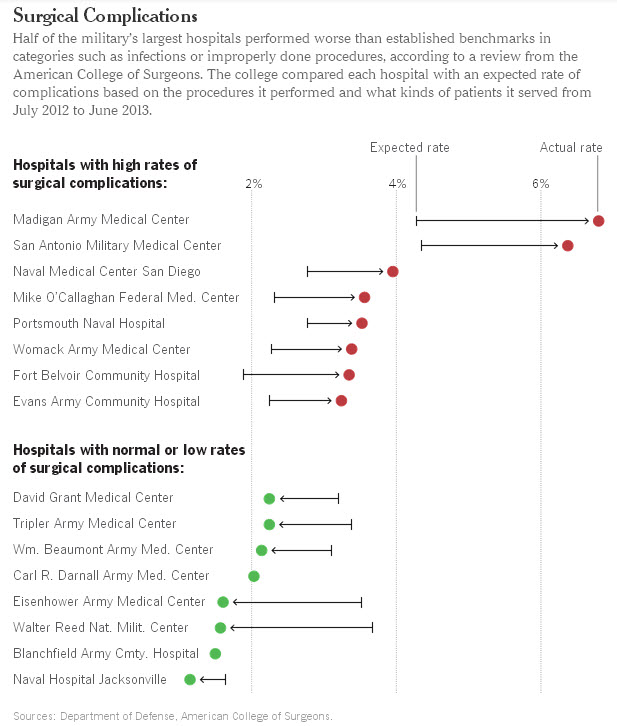