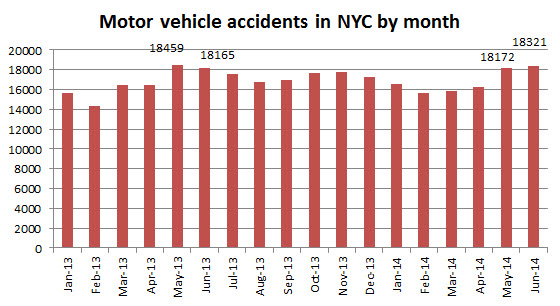 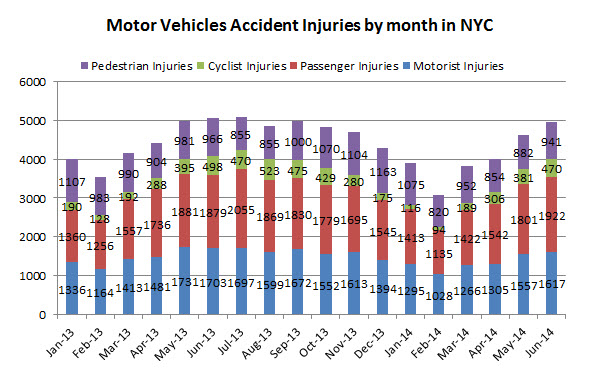 For the first 6 months of 2014 there were 117 traffic fatalities compared to 121 in 2013. 20 people died in traffic accidents in June compared to 25 the previous month and 22 in June 2013. The number of motorist deaths was higher than usual for the last two months. 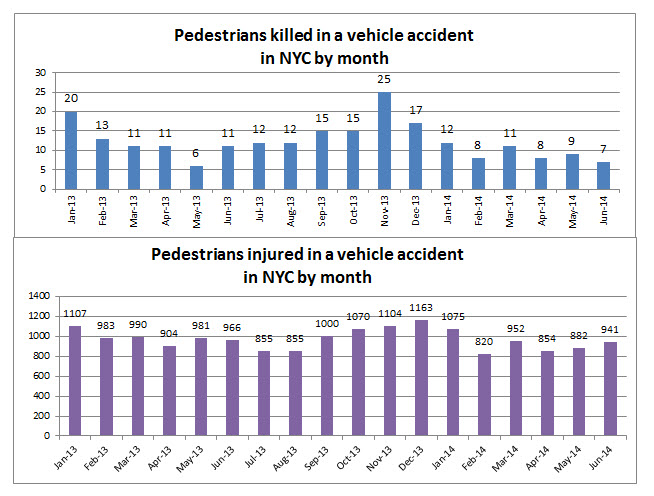 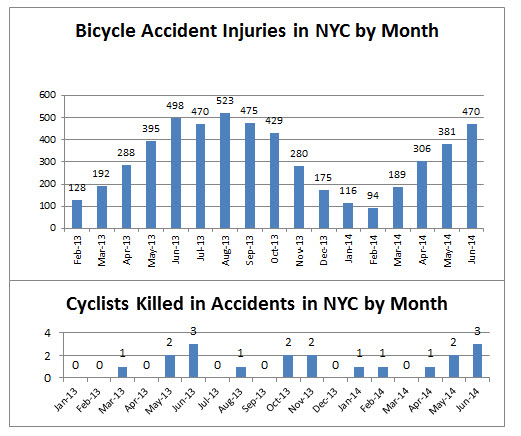 According to NYPD data, except for unsafe speed, drivers behavior seems to have worsened during the first semester of 2014 compared to the same period of 2013. 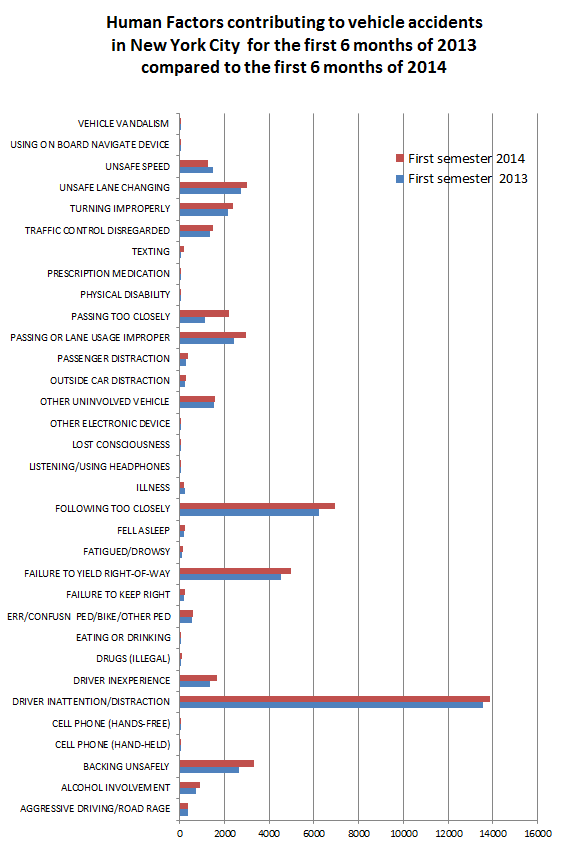