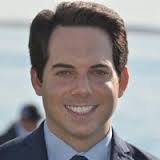 Speed was a factor in a NY Car accident that left 6 people injured and 5 dead. 29 year old Scott Martella, a former aid to New York Governor Andrew Cuomo,  was among the victims who were killed in the accident. Yesterday morning around 9:30 a.m. Scott was driving his Honda in the westbound lane of the Long Island Expressway near Exit 68 in Manorville, NY. Next to him in the passenger seat was his fiancee, 29 year old Shelbi Thurau. As they were driving an eastbound Subaru went airborne and landed in the westbound lane. The Subaru struck the Honda and a BMW. The Subaru was driven by 26 year old Carmelo Pinales. His sister Patricia Pinales was in the passenger seat and his son was in the back. Scott Martella, Carmelo Pinales and Patricia Pinales all died at the scene of the accident. Pinales 10 year old son died later on from his injuries at the hospital. Scott’s fiancee survived. The BMW was driven by 73 year old Marvin Tenzer. He was with his wife Sandra and another couple: Helen and Isidore Adelson. Mr Adleson died from his injuries yesterday night and the rest of the BMW occupants sustained injuries. Witnesses who saw the Subaru passing them before the accident said the car “was flying”.