The recent case of Delfino Jesus Velazquez Mendizabal, a Mexican construction worker who died while working at a demolition site in Staten Island, NYC is a tragic example of how dangerous the construction industry has become for Latino workers.

Often undocumented and working for small contractors who are less regulated, Latino workers are exposed to much higher risks and dangers than other construction workers.

In the case of the death of 43 year old Mendizabal, his employer Formica Construction did not have a valid permit to perform the demolition at the site. It is also not the first time that Formica Construction has been negligent and put its construction workers at risk of an accident. Ken Formica, the construction company’s owner was convicted of criminally negligent homicide after one of his employees, 39 year old Lorenzo Pavia was asphyxiated and died as he was working in an unsafe trench that caved in on him.

Unfortunately small non-union construction companies such as Formica are less regulated than large unionized employers and are less likely to have their job inspected as the Occupational Health and Safety Administration with less than 2000 inspectors for the whole country is largely understaffed.

In a recent article, David Noriega from BuzzFeed provides an-indepth analysis of this tragic situation. Read the complete article here 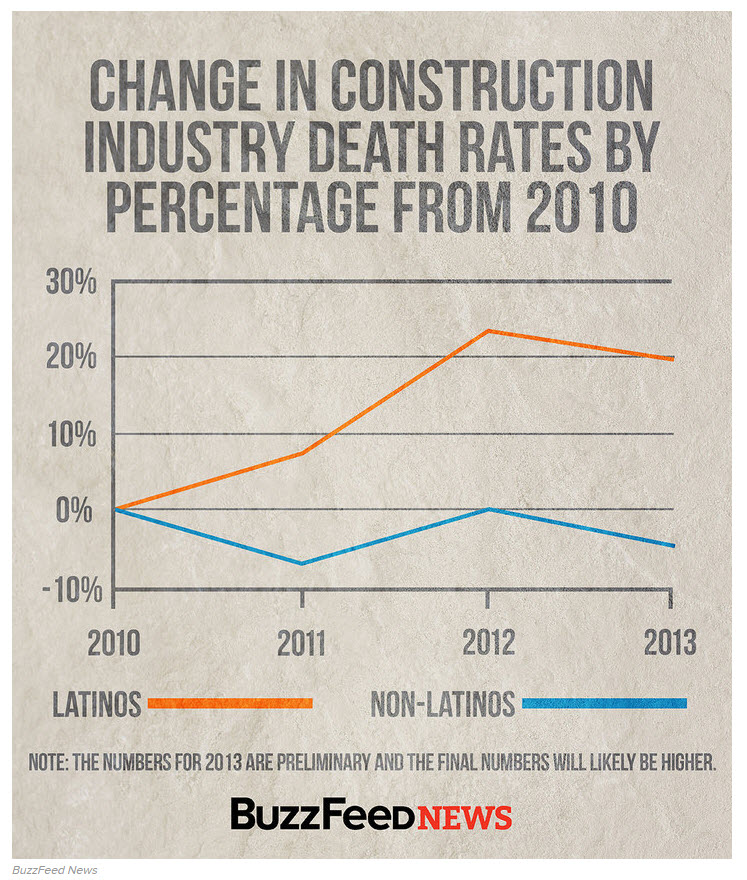