The graph below shows the total number of people injured in traffic crashes over a 3 month period with numbers for 2013 in blue and numbers for 2014 in red. 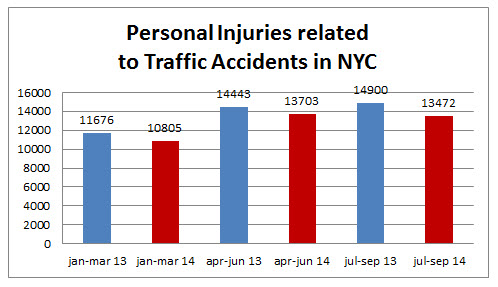 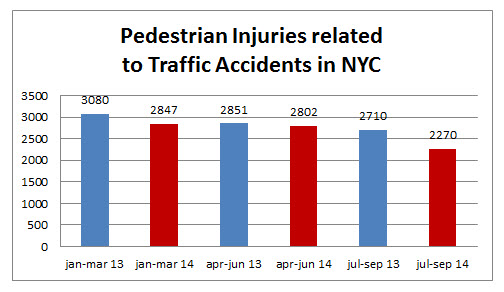 Cyclist injuries are always higher during the warm season. When comparing each season of 2014 with the similar season of 2013, bicycle accident injuries were mostly stable over the spring and summer after a significant decline at the end of the winter. The little decrease recorded over the spring was compensated by a little increase over the summer. 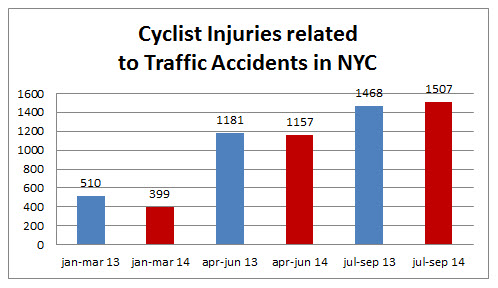 A gradual decline was also observed in passenger motorist injuries. 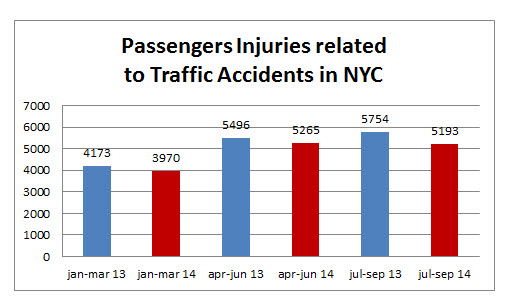 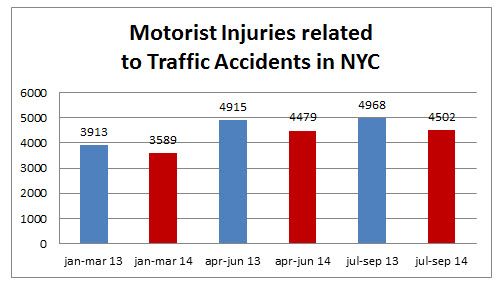