Both New York and New Jersey Drivers scored among the worst when it comes to reckless driving with a very high rate of pedestrians and bicyclists dying in car accidents in both states.

The best drivers in The United States are from Vermont, Utah and New Hampshire and the worst are from Louisiana, South Carolina and Mississippi.

Read the complete ranking at CarInsuranceComparison.com 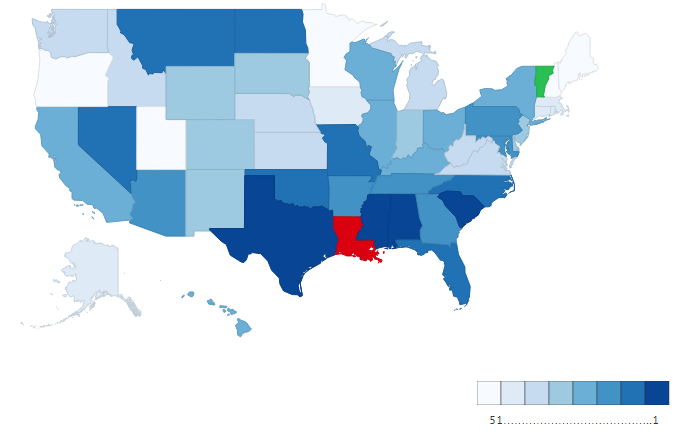