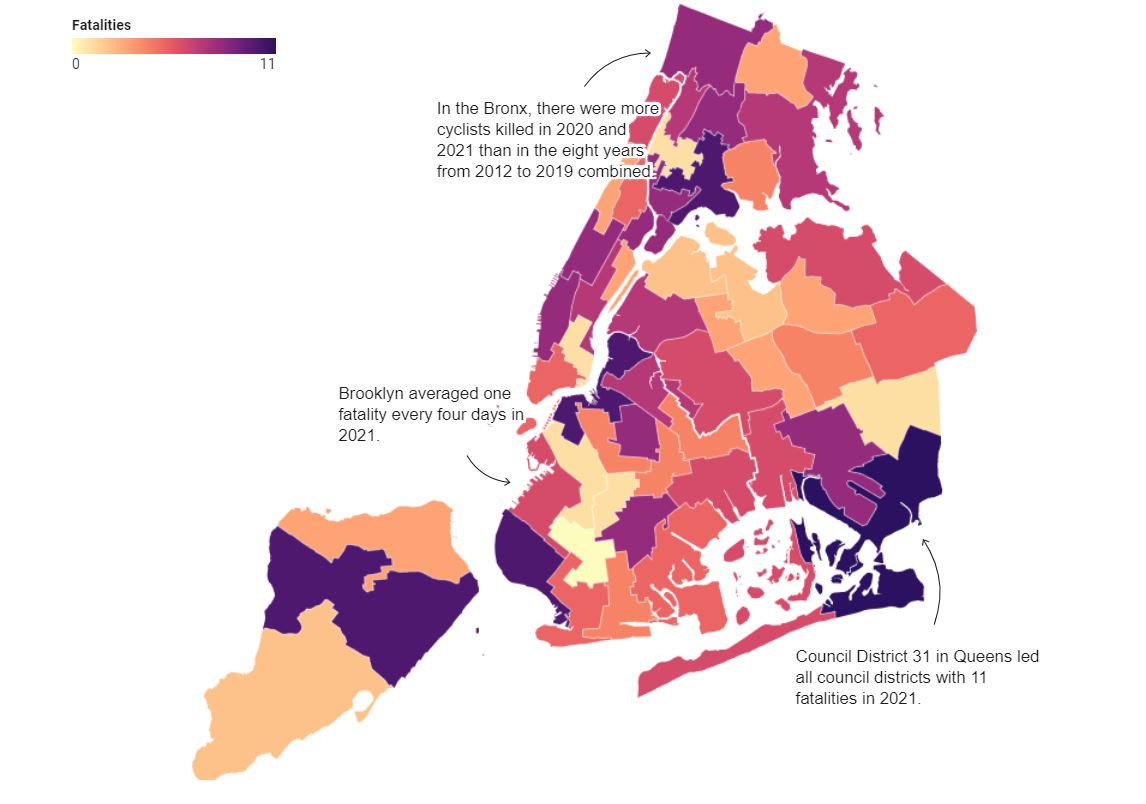 2021 was the deadliest year of Vision Zero with 273 people dying in car accidents in New York City. According to a recent report by “Transportation Alternatives”, the number of deaths in 2021 represent a 33% increase of fatalities compared to 2018 which was the safest year of the Vision Zero program.

Transportation Alternatives also studied data from crashmapper and found that the share of SUV’s involved in accidents resulting in pedestrian deaths increased by 42% between the first term and the second term of mayor de Blasio. Big vehicles decrease visibility and are especially a danger to cyclists and pedestrians.

The street safety advocacy group also looked at car accident fatalities by council districts and borough and found that: