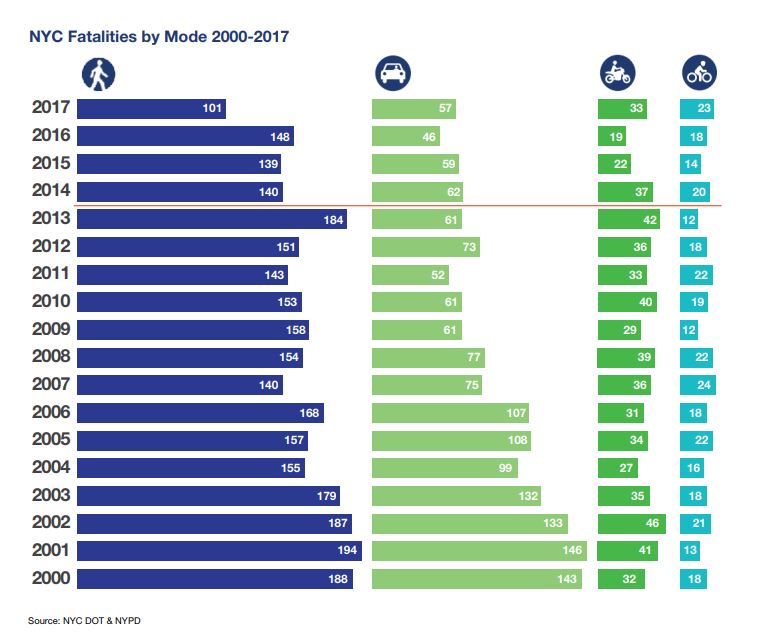 Since Vision Zero started in 2014, NYC traffic fatalities decreased by 28% while nationally they went up by 15%. According to the Fourth Vision Zero Annual Report that was recently released by the de Blasio Administration, the decline was the strongest in pedestrian deaths. They went down by 45% since the program was launched in 2014.

NYPD increased speed and failure to yield enforcement. The NYPD summoned 51,728 drivers for failing to yield (four time more than the average before Vision Zero) and 149,910 for speeding. Additionally, through speed cameras, 1,287,968 drivers received automated Speeding Notices of Liability.

New Initiatives for 2018 include: