A 58 year old cyclist died after he was struck by a hit and run driver on North Conduit Ave in Queens this week-end. A few hours later a pedestrian was struck by a car on the same avenue a few miles away and died from his injuries at the hospital.

The first accident happened near the dangerous intersection of 225 Street and N. Conduit. According to NYC Crashmapper, over the last 31 months 130 people were involved in 61 collisions and 14 of them suffered personal injury at this intersection. 2 pedestrians, 1 cyclist, 9 passengers and 11 vehicle drivers were among the 14 injured. 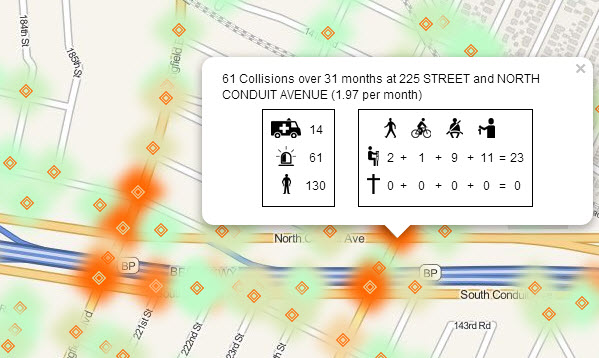 The second accident happened at the intersection of 130 Street and N. Conduit Ave which is also an intersection with a high rate of accidents. According to NYC Crashmapper, over the last 31 months, 64 collisions happened at this intersection. 148 people were involved. 1 pedestrian, 1 cyclist, 15 passengers and 12 drivers suffered personal injury. 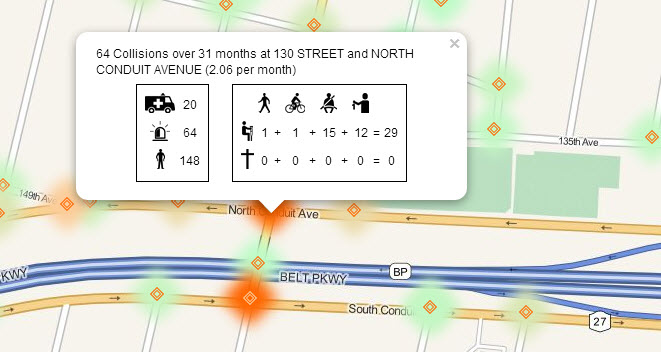 Read more in the Gothamist
Screenshot courtesy of NYC Crashmapper