Yesterday a cyclist was struck by a minivan and died near CitiField in Queens, New York. This is the second deadly bicycle accident in Queens in less than 3 days. (read more in the New York Daily News). On Saturday, a 58 year old cyclist died after being struck by a car on N. Conduit near 225 Street (see previous blog).

The accident happened on 126th Street near Roosevelt Avenue. According to NYC Crashmapper, another cyclist previously died in a traffic accident at the intersection and 9 other cyclists were injured at this spot over a period of 31 months. 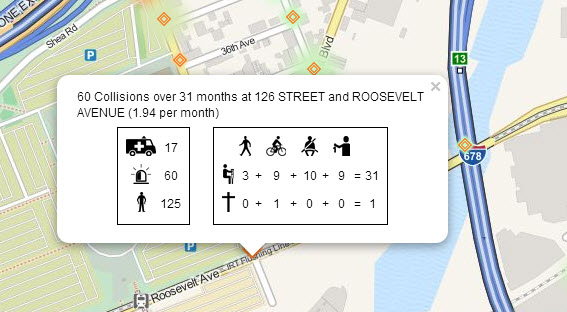