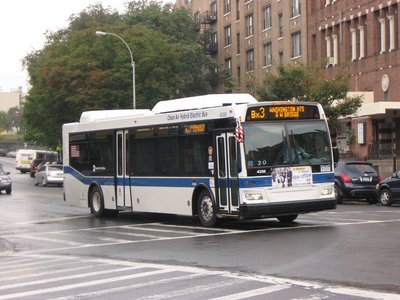 Our partner Ben Rubinowitz successfully resolved a claim against the New York City Transit Authority for $4 million. At the time of the accident, a young woman was crossing a New York City street when she was struck by a bus driven by a N.Y.C.T.A. employee. The defense claimed the accident was her fault asserting that she had not crossed in the crosswalk and that she failed to pay attention to the traffic conditions. The injured victim asserted that the bus driver failed to keep a reasonable and proper lookout failing to pay proper attention and in failing to avoid the pedestrian. As a result of the impact the woman suffered a degloving injury to her knee and pelvic fractures.

Rubinowitz, who recently won a $27.5 million verdict for another client struck by a bus said: “This successful result was part of a team effort. Howard Hershenhorn, Diana Carnemolla and Peter Saghir also worked timelessly for our client.” Rubinowitz continued: “We have the ability to secure the very best results for our clients because of two main reasons: We work harder and put in more effort than any other law firm.”

Gair, Gair, Conason, Rubinowitz, Bloom, Hershenhorn, Steigman & Mackauf has had remarkable results for its clients in car accident, construction, premises liability, civil rights and medical malpractice cases. Ten of its lawyers have been listed in Best Lawyers and Super Lawyers.