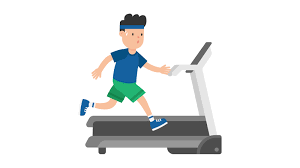 The company Peloton just announced that a child died in an accident that involves one of their “Tread+” treadmills and issued a safety warning asking Peloton users to keep children under 16 year old and pets away from their equipment.  Peloton and other at home gym equipment companies have seen their sales rocketing over the last year with more and more consumers preferring working out at home instead of at the gym during the covid19 crisis.

While the Peloton CEO did not release the circumstances of the accident citing family privacy,  earlier this year, in February, another child sustained serious brain injury after he was trapped under a Peloton Tread+ Machine. According to an incident report filed with the US Consumer Product Safety Commission, a 3 year old boy was found by his dad  under the Treadmill, not breathing and pulseless. The boy had tread marks on his back matching the machine as well as neck and face injuries. He was resuscitated but sustained serious brain injuries.  In the below video (at 0.51 seconds) a mom  shows how easily a medicine ball gets stuck under the treadmill as she is working out. The USCPSC has now started an investigation related to the accident that lead to the death of a child.

Treadmills can be dangerous

According to data from the USCPSC, in 2019, 68,000 people visited the emergency room after getting injured by exercise equipment. Among these 68,000 people injured, 22,500 were injured in a treadmill accident and among them were 2,000 children under 8 years old.

While treadmill accidents result most of the time in injuries such as lacerations or cuts, deaths sometimes occur as well. Dave Goldberg, an American businessman,  died a few years ago after falling from a treadmill while vacationing in Mexico. Earlier, in 2009, Mike Tyson lost his 4 year old daughter in a treadmill accident.