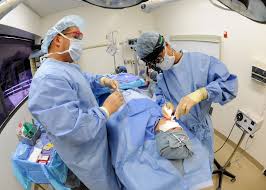 A fire erupted in a New York hospital operating room while a patient was having surgery. The accident happened in 2014 at  NYU Langone Medical Center but the results of the investigation were only recently released by the New York Department of Health. The report was obtained by the NY Post under a Freedom of Information Law request. In the report State investigators indicate that the hospital lacked adequate safety procedures to prevent surgical fire. NYU Langone Medical Center also was not conforming with standard practices to protect patients from these type of fires.

After  the accident happened at the beginning of December 2014 the hospital didn’t act to improve safety measures to prevent patients from being injured in a similar manner. It was only after the the Department of Health inspection, at the end of the same month, that the hospital instituted new safety measures related to operating room fires. The measures included changing the oxygen delivery method for surgeries posing a high risk of fire.

There are between 500 and 600 cases of  operating room fires every year in the U.S. Most of them are preventable. More information on how to prevent this type of medical malpractice can be fond on the Council on Surgical & Preoperative Safety website  or in a previous blog we wrote on this subject.