On May 23 2013, a truck carrying an oversize load struck the top of a bridge near Mt Vernon on Interstate 5 causing the bridge to collapse. Two cars and a camper trailer fell into the Sgakit river and two other cars were damaged. Occupants of the vehicles only suffered minor injuries.

As required by law a pilot escort vehicle equipped with a height pole was driving ahead of the truck. The investigation determined that the driver of the pilot vehicle had used a hands-free mobile phone and engaged in 5 phone calls in the 30 minutes preceding the accident. She was on the phone when she crossed the bridge and when the accident happened. The pilot driver told the NTSB that she didn’t observe the height pole contact the bridge structures but an off-duty commercial truck driver who was driving near the pilot car witnessed the height pole strike several bridge elements. 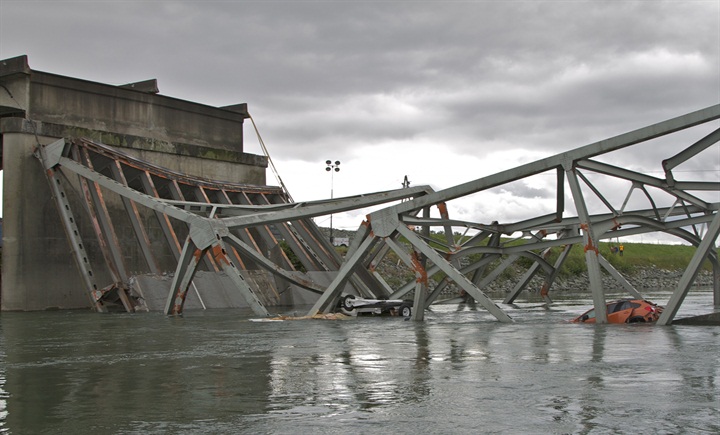