Two pedestrians were critically injured in a strange car accident in New York City two days ago. A driverless van suddenly started to roll backward hitting a 80 year old woman and a 71 year old food vendor.  The driver of the van had exited his vehicle after he thought he left the van in “Park”.  Instead he left it in “Reverse”. The van rolled back in the middle of the Broadway and 32nd Street intersection in Astoria.

People started to panic and jumped out of the way. The 80 year old woman couldn’t move fast enough and was hit by the vehicle. The van then crashed into a food stand. The impact of the crash moved the foot stand 25 feet away. The owner was clipped in the back of his head. He then fell and the stand rolled onto him. Both victims were transported to the hospital. The woman was listed in critical condition while the man was in stable condition. 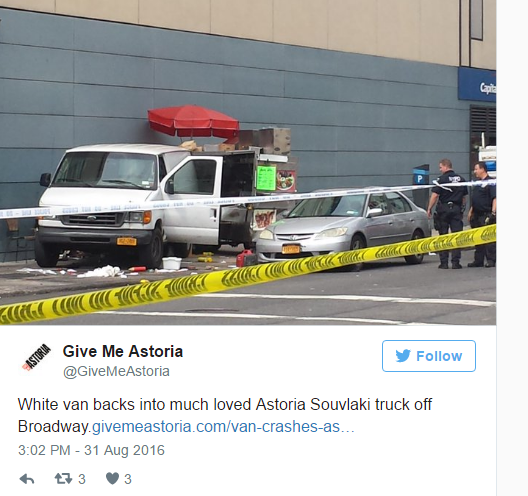