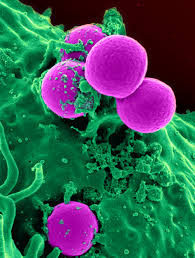 Patients and family of patients that have been infected by contaminated duodenoscopes at UCLA Hospital started  to file product liability lawsuits against Olympus, the manufacturer of the medical devices. 18 year old Aaron Young was the first one to file his lawsuit. The high school student is still hospitalized and receiving treatment for  carbapenem-resistant Enterobacteriaceae (CRE), a bacteria highly resistant to antibiotics that can kill up to 50% of patients infected. The family  of Antonia Cerda who died in the same hospital after contracting the “superbug” also filed a lawsuit against Olympus for wrongful death, alleged negligence and fraud. Antnonia Cerda was 48 year old and the mother of 4 children.  Both lawsuits have not yet named UCLA as the hospital said the cleaning protocol provided by Olympus was applied.

Today CNN announced that the duodenoscopes used in the procedures that spread the superbug were indeed not approved by the FDA. Olympus started to sell the TJF-Q180V duodenoscope in 2010 without  asking for clearance and the FDA did not become aware until the end of 2013 or beginning of 2014.  Olympus said it didn’t think it needed the FDA’s permission to sell the device, but now at the request of the agency, it has applied for that permission. That application is still pending. Read more on the CNN website