In a car crash, the probability of sustaining serious personal injury or to die is much higher for drivers and car occupants if they are older adults. The number of drivers above 65 years old increased by 20% in 10 years. During that same time, the proportion of older drivers involved in deadly car accidents increased by 15%. To curb this alarming situation the NHTSA announced a new 5-Year Traffic Safety Plan and Guidelines for Older Drivers and Passengers

A previous NHTSA analysis of the personal injuries sustained by 18,000 occupants involved in a car accident shows that drivers over 75 have a higher risk of suffering personal injury than younger drivers especially when it comes to head, chest and legs and foot injuries. Statistics also show a much higher number of head and chest injuries for older car occupants involved in a side impact accident.

To avoid being killed or injured in a car accident older drivers should assess their visual and physical capacity on regular basis and only drive during the day when the visibility is good. 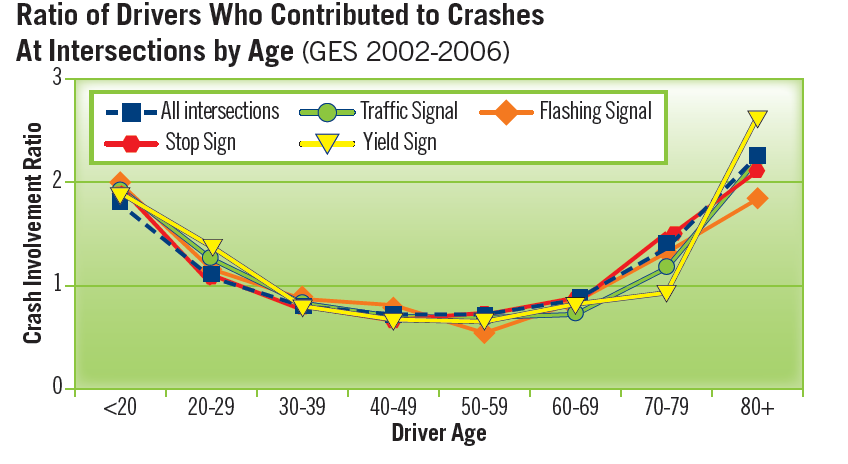