It’s too early to say if the first Vision Zero measures to reduce traffic fatalities are effective yet. After a decrease of the number of people injured or killed in vehicle accidents in New York last February, the numbers are up again for March 2014 and are pretty much at the same level as they were a year ago according to the most recent statistics from the NYPD 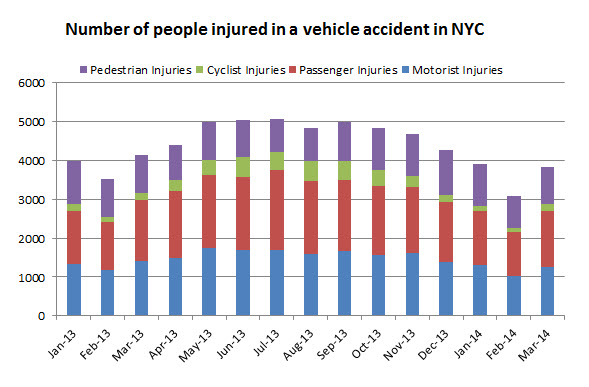 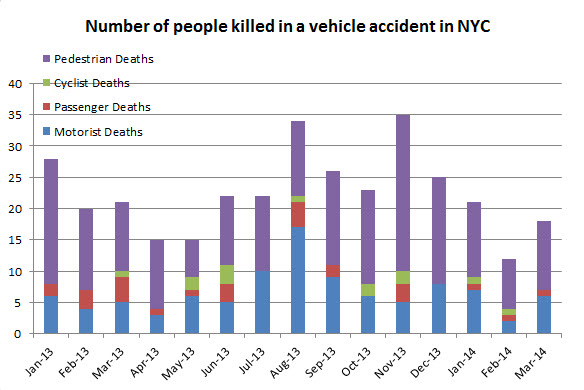 The number of pedestriandeaths, 11, is exactly the same in March this year than it was in March last year. 952 pedestrians were injured in auto accident this march compared to 990 in March 2013 and 820 the month before. The number of bicyclists injured was also pretty much the same from one year to the other.

Bus Accidents were slightly on the rise from one year to the other with 572 accidents in March 2014 compared to 523 in March 2013. 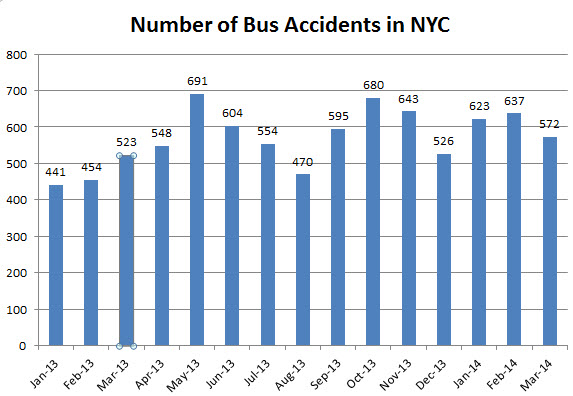 In New York City, distracted drivers are responsible for the biggest share of accidents as well as drivers following too closely and drivers failing to yield. 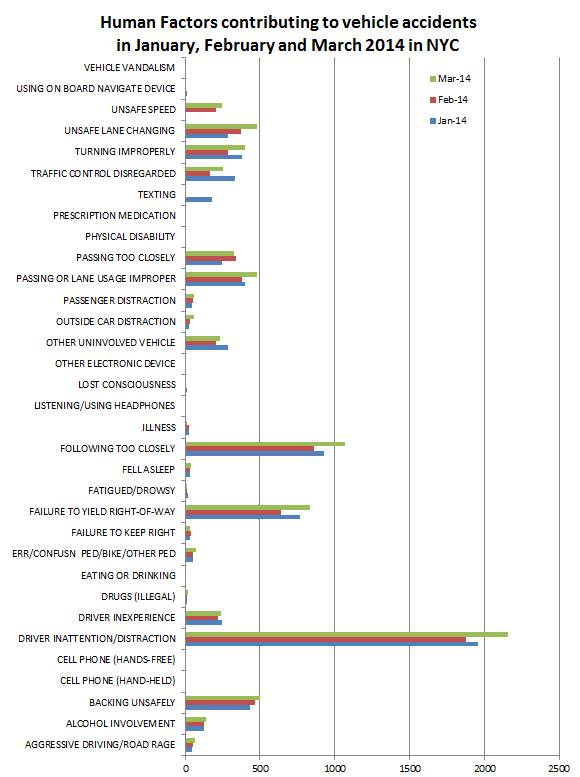