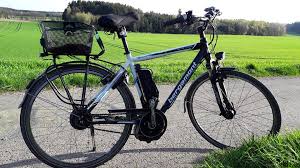 On Wednesday, at a hearing on four e-bike and e-scooter bills  Mayor de Blasio and DOT Commissioner Polly Trottenberg indicated that they were not in favor of immediately legalizing the usage e-bikes and and e-scooters. According to them, they are too dangerous and can lead to additional pedestrian and regular bicycle accidents.

Polly Trottenberg said that the DOT had two e-scooter fatalities on record. She also added that New York State should be first to legalize this mode of transportation. However Governor Cuomo recently indicated that localities should be in charge of deciding whether or not they want to legalize e-bikes and e-scooters.

Despite being illegal the usage of e-scooters and e-bikes has been increasingly popular in the city especially among delivery workers.  On Wednesday, many of them were present at a press conference held outside of City Hall before the City Council hearing on the bills.  Delivery workers who are using them for work are fed with paying for tickets that can go up to $500 or have their vehicle confiscated. They want the city to legalize this new mode of transportation as soon as possible. Last year the NYPD confiscated 1,215 e-bikes and distributed 1,154 tickets for using e-bikes. Additionally 1,362 moving violations were issued to e-bike riders during the same period.  For a delivery worker the amount of a ticket can be equivalent to a week of work.

E-Bikes advocate, New York City Councilman Rafael Espinal believes that legalizing the e-bikes and e-scooters may be a good way to reduce car traffic in New York City but other New Yorkers such as Tobi Bush who was hit by a regular bike several years ago testified at the hearing and said she was terrified by e-bikes. She believes they will create a greater danger for pedestrians.

Companies like Lime hope they can soon implement their dockless e-scooters in New York City and Citi bike is now proposing pedal-assist  bikes.