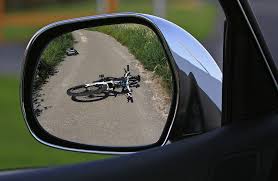 On average there is one fatal hit and run accident every week in New York City and too often the police will never be able to identify the driver.  Out of 44,865 hit-and-runs reported to the NYPD in the 2016 fiscal year, there were only 510 arrests. To fight this epidemic, the City Council passed a new bill yesterday. The bill is named after Queens DJ Jinx  Paul who was killed in a hit and tun accident last year in Brooklyn. It was introduced by Coucilman Idanis Rodriguez (D-Manhattan). Rodriguez proposes to create a system similar to the existing Amber Alert.  The idea is that the police use the existing Amber Alert technology to send out an alert of hit and run drivers with the available information. The NYPD supports the bill as long as they have an option to op out in case the alert may compromise the investigation or if they don’t have sufficient information.