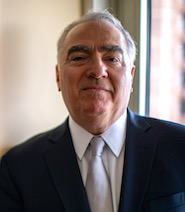 During the stenting procedure one of the patient’s coronary arteries was perforated.  Despite evidence of blood leaking into the pericardial sac, the procedure was completed, and the patient discharged to the recovery room.  In the recovery room it was noticed that the patient was suffering from another heart attack, this time of pulseless electrical activity, and despite efforts to save him the patient bled out internally and died.  On autopsy it was determined that the doctors had ruptured the patient’s left circumflex and obtuse marginal coronary arteries during coronary artery stent placement.  Because the patient never regained consciousness the claim for pain and suffering could not be sustained.

The NY Personal Injury Law Firm of Gair, Gair, Conason, Rubinowitz, Bloom, Hershenhorn, Steigman & Mackauf brought a lawsuit on behalf of the worker’s estate against the hospital and two interventional cardiologists involved in the procedure.

Following the plaintiff’s deposition, the case was settled for $1,000,000.