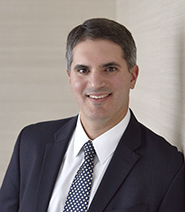 Our NY personal injury law firm is proud to announce that our partner Christopher J. Donadio obtained a $1 million settlement for a young child injured as a result of a doctor’s negligence.

The case arose when a young child suffered an injury to her brachial plexus during her birth. As a result of the injury, the child suffered Erb’s palsy, a nerve condition in the shoulder and arm that results in weakness or loss of muscle function.

In this case, it was claimed that the delivering obstetrician committed medical malpractice by using excessive downward force on the child’s head during her birth, cuasing the child to have Erb’s palsy.

After partner Christopher J. Donadio deposed the two obstetricians involved in the birth, the defendants settled the case for $1,000,000.