A man who couldn’t reach the fire escape died after he jumped from a fourth floor window and seven other people were injured, including one critically after a fire broke out at the Flatbush Hardware store in Prospect Heights, Brooklyn.

The man who died is Bassam Awad. He lived on the top floor of the building and owned a deli nearby. He tried to get to the fire escape but the flames were too intense so he decided to jump out of a window. He was married and had two children, ages 18 and 23. Another person is in critical condition and two others suffered serious burn injuries. Two civilians and two police officers were treated at the scene for minor injuries and smoke inhalation. 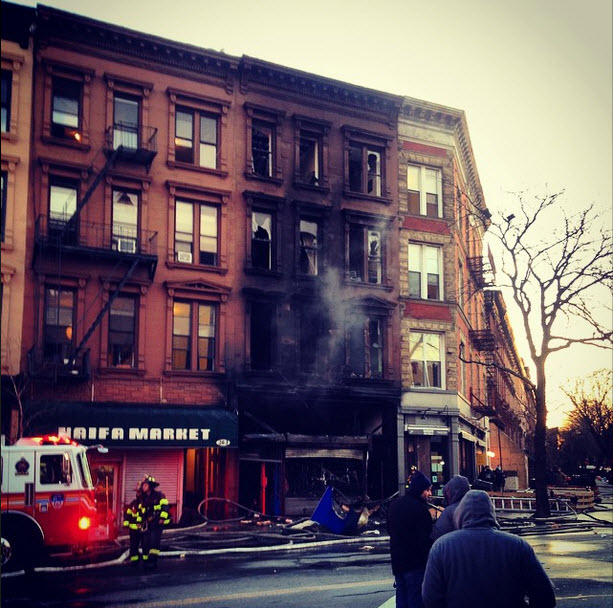