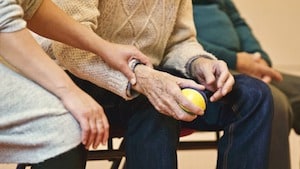 Conditions at for-profit nursing homes worsened during the pandemic and patients suffered from it according to a recent report by by the House of Representatives’ Select Subcommittee on the Coronavirus Crisis.

The Subcommittee looked at 5 for-profit chains that operate around 850 nursing homes with a total of 80,000 residents during the first months of the pandemic. According to the report these corporates are structured in an opaque way that allow them to shed responsibilities and protect themselves from being accountable for patient neglect or abuse.

The House of Representatives’ Select Subcommittee on the Coronavirus Crisis found that work conditions were horrendous for the personal at these nursing homes with on average one nurse having to care for 30 patients. As a result, patients waited for hours, sometimes days for basic care. The report highlights a case of a patient who vomited on herself and was cleaned two days later or another patient who had to wait for hours just to get water.  Staff not only were forced to share personal protection equipment because of shortage but also pressured and threatened to work even though they were sick with Covid19. As a result, infection spread faster among already weak residents and staff. So far it is estimated that 160,000 nursing home residents and 2,600 nursing home workers died from Covid19.

Even though the Covid19 crisis is now mostly behind us, patients at nursing homes are still suffering as for-profit nursing homes are dealing with soaring costs of labor and supply as well as significant staffing shortages. Many nursing homes had to shut down and more are in distress. According to a recent article in Bloomberg. more than 400 nursing homes might close this year in the US.