Lead poisoning is the primary environmental health threat to young children because they are more likely to put lead contaminated toys in their mouth than older children or adults. Lead poisoning does not cause immediate symptoms but it can permanently damage children’s brains and cause serious developmental problems.

The recent statistics from the U.S. Consumer Product Safety Commission (CPSC) on port surveillance show that during the fourth quarter of the 2012 fiscal year, toys containing lead represented 62% of the children products that have been refused at port entries because they were violating US safety rules or were found hazardous. A significant amount of children products with small parts representing a choking hazard and child care articles with excessive phthalate level were also kept away from young american customers. Children’s product represented 87% of all stopped products in the fourth quarter of the 2012 fiscal year. 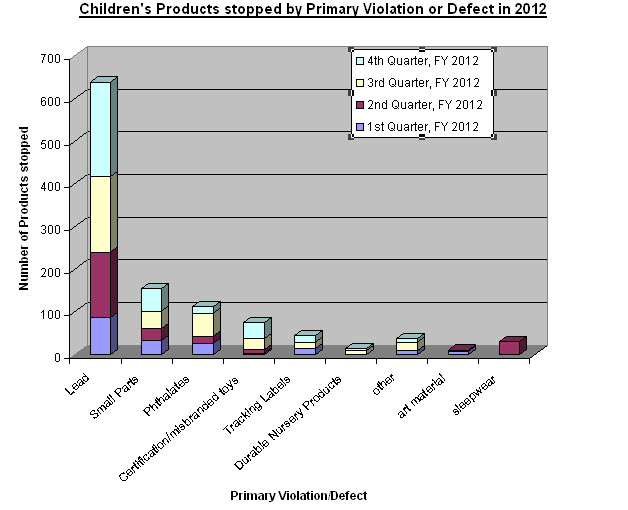 Most common non children’s products seized during the 2012 fourth quarter were luminaries, cigarettes and multi-purpose lighters and fireworks.

During the 2012 fiscal year, the U.S. Consumer Product Safety Commission (CPSC) and the U.S. Customs and Border Protection (CBP) screened more than 18,000 different imported products and found that 1500 of them were violating US safety rules or were found hazardous. A total of 4.8 million units were prevented to enter the country and be sold to American consumers. 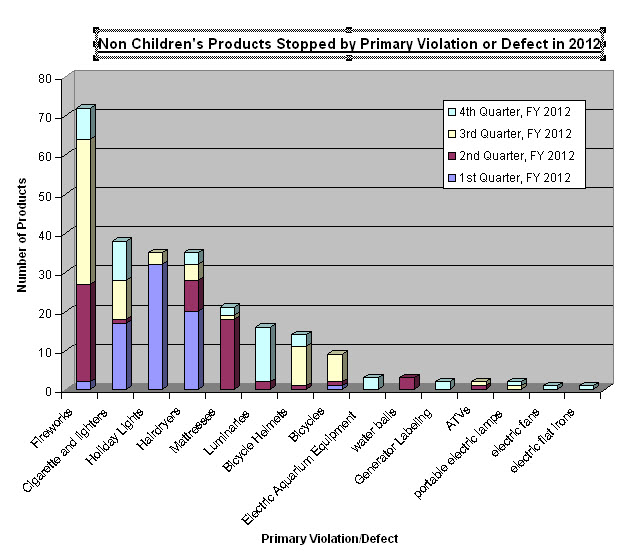