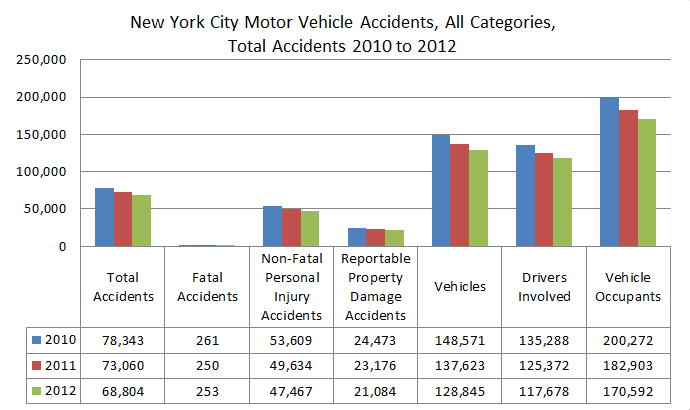 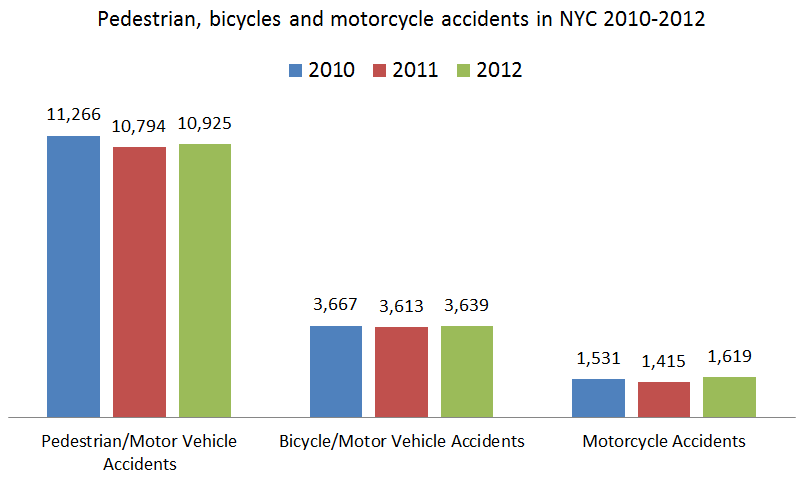 Too many pedestrians died in traffic accident in New York City. This year the number of victims was 135, slightly lower than the two previous years but still too high globally. 2012 also saw a significant increase in the death of car drivers involved in accidents. The number of deaths related to bicycle accidents was at its lowest for the last 3 years in New York in 2012. 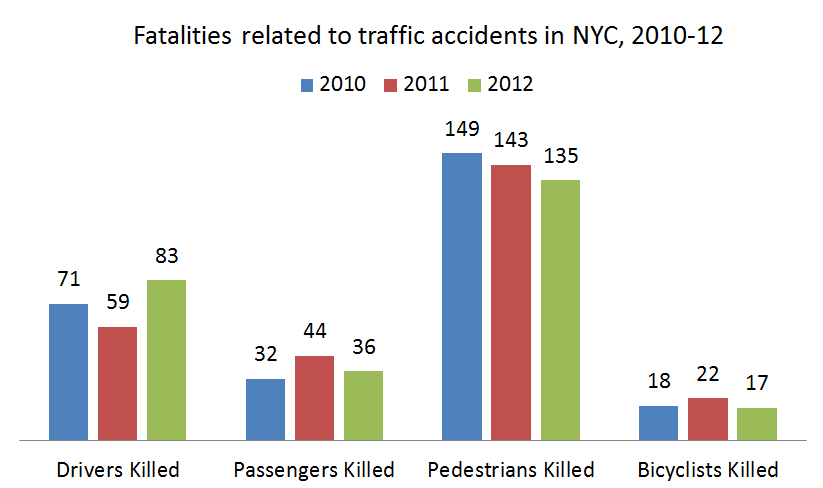 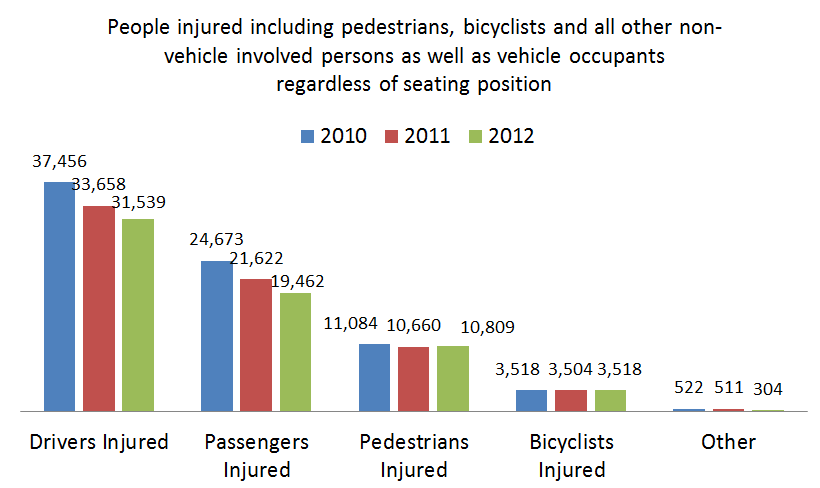 Human Factors contributed to 67% of all New York car accidents in 2012. 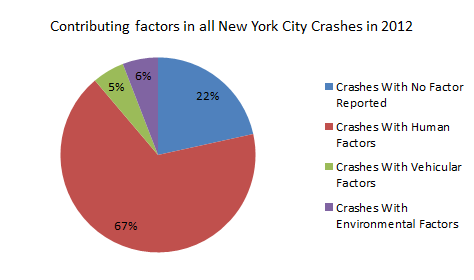 More than 11,000 crashes happened in New York because of distracted driving. Following to closely and failure to yield the right of way are human factors that contributed each for more than 6000 accidents in New York City last year. 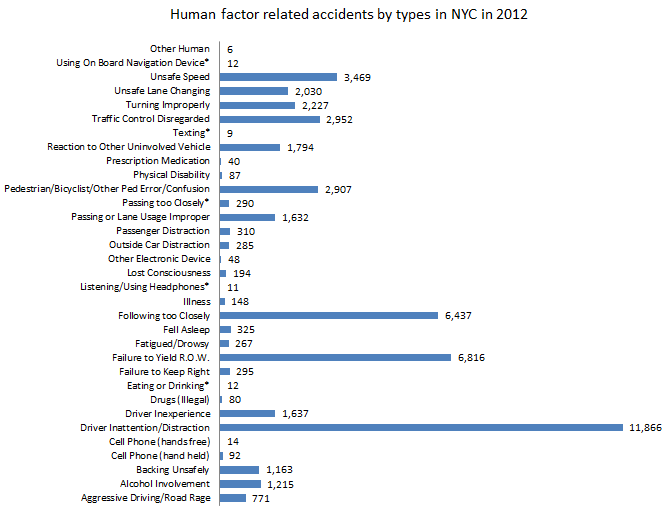 Males between 25 and 50 years old have the highest risk of being involved in a car accident in New York according to 2012 statistics. Female New Yorkers seem to be more prudent. 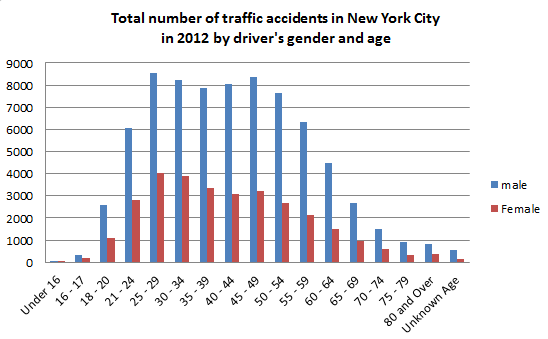 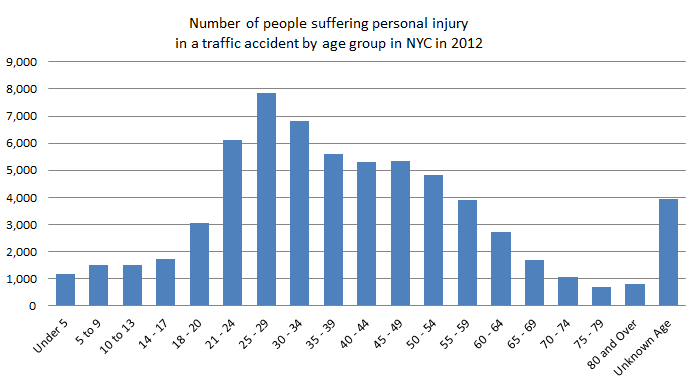 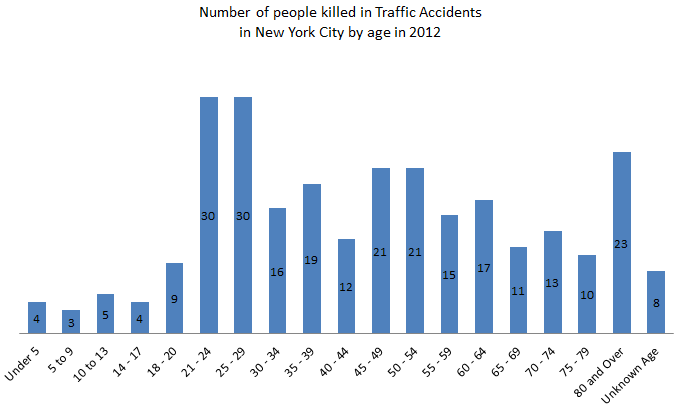