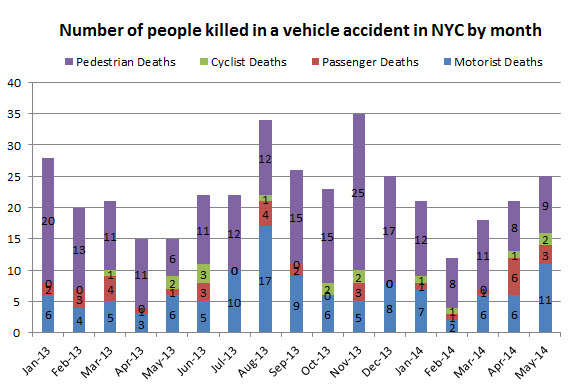 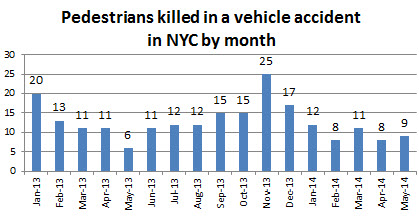 The number of pedestrian deaths was 9 during the month of May compared to 8 last April and 6 in May 2013. Since the beginning of the year 48 pedestrians lost their life in a traffic accident compared to 61 for the first 5 months of 2014, a decrease of 21%. 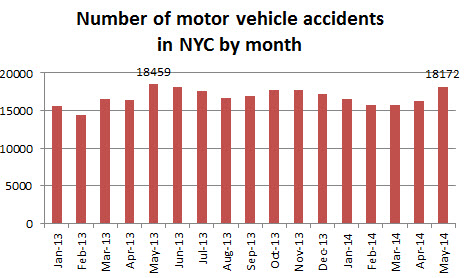 4621 people suffered personal injury after being involved in a traffic collision last May compared to 4007 in April and 4988 in May 2013. 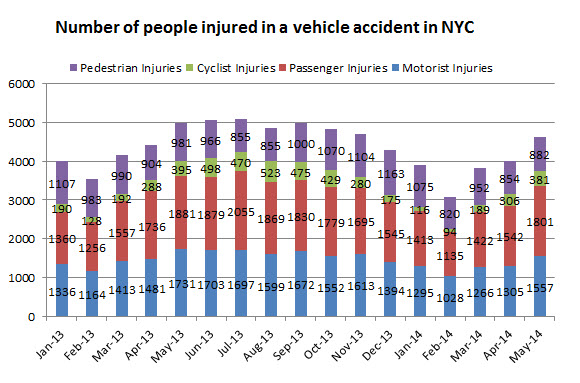 The number of pedestrians who suffered personal injury in a vehicle collision was of 880 in May compared to 854 in April and 981 for the same month last year. Looking at the first five months of 2014 compared to 2013, pedestrian injuries are down by 382 or 7.5% 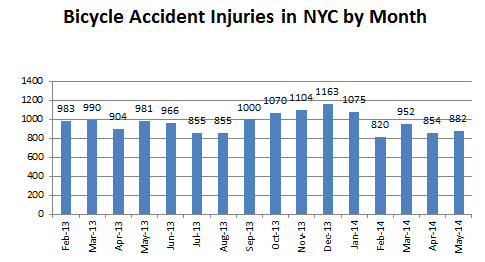 “Distracted driving” continues to be the number one factor in vehicle accidents in NYC followed by “following too closely” and “Failure to Yield right of way”. 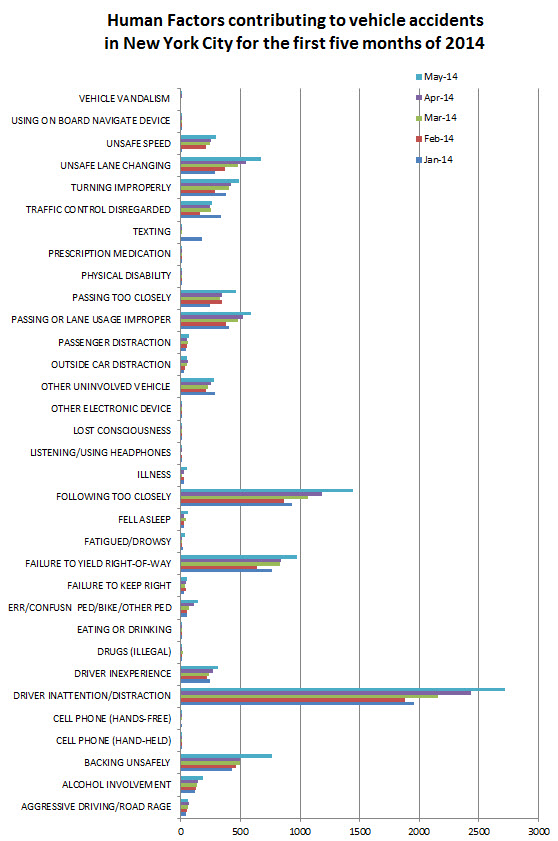