Imported sub-standard quality and defective drugs were the central theme of FDA Commissioner, Margaret Hamburg’s visit to India. The visit was organized after the FDA recently banned the import of drugs and drug ingredients from several large Indian manufacturers for quality reasons. The commissioner met with health officials, regulators and drug makers executives including those of the banned companies.

Both countries agreed that their regulators would work more closely to better coordinate regulatory oversight as well as organize seminars, webinars, meetings and training sessions.

India is the second largest drug importer in the US after Canada and supplies 40% of the generic and over the counter drugs used in the US. Recently the FDA has been concerned by the increase of defective or low quality drugs imported from India. Weak domestic regulatory oversight and a lax approach to quality control by some manufacturers are the main reasons why a significant quantity of low quality or defective drugs reach the American market undetected.

Read more at Reuters.com and in the New York Times 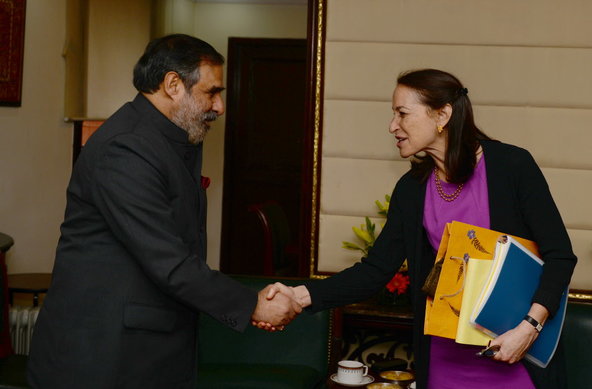 Dr. Margaret A. Hamburg, commissioner of the U.S. FDA, with Anand Sharma, minister for Commerce and Industry