Injuries are the leading cause of death among New York children. A recent report published by the New York Health Department looks at the trend in injury deaths for children ages 1 to 12 in New York City from 2006 to 2015. 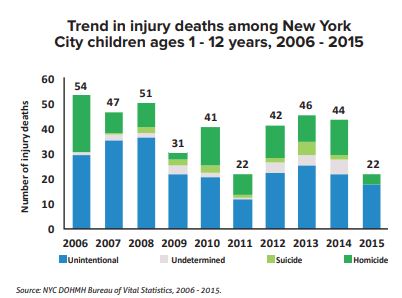 When it comes to homicides, 1 to 2 year old black boys living in very high poverty areas are the most at risk of dying while upper and middle class white girls between 10 and 12 year old have the less risk of being victim of a homicide.