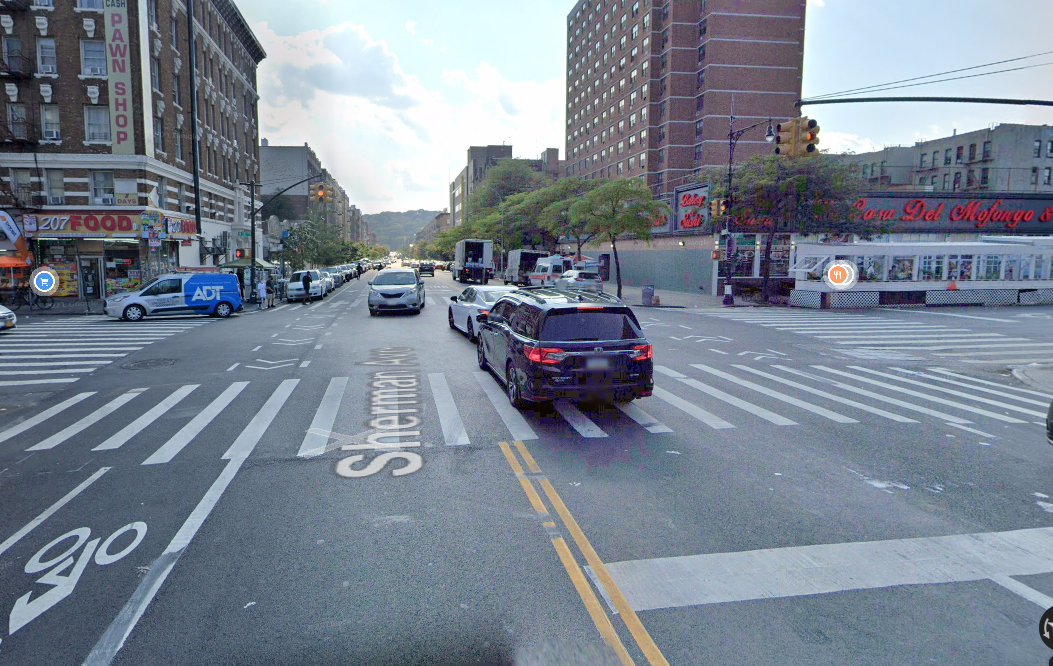 Sherman Avenue is extremely dangerous, Local residents and street safety advocates are calling for more safety measures in the area. Transportation Alternatives notes that no speed cameras are installed in the zip code where the deadly crash occurred and the Gothamist goes even one step further, proposing to change the law and have speed cameras installed not only in school zones but also in dangerous areas that are known for speeding.

Despite a road diet in mid-2016 during which the DOT changed the 4 lane street into a 2 lane street with unprotected bike lanes, Sherman Avenue remains extremely dangerous with, according to StreetBlog, 200 crashes reported during the 30 months after the road diet. 5 cyclists, 25 pedestrians and 40 motorists were injured in these crashes during this period. Streetblog also mentions that the BMW was carrying temporary plates that might have been faked ones.

Read more in The NY Times