It is very disappointing to see how some motorists in NYC have so little concern about pedestrian safety. In the video below, a man driving a pick up truck makes a right turn without yielding to an elderly pedestrian in Brooklyn, knocking him down to the ground and just continuing on his way as if nothing happened.  The police are now looking for him. 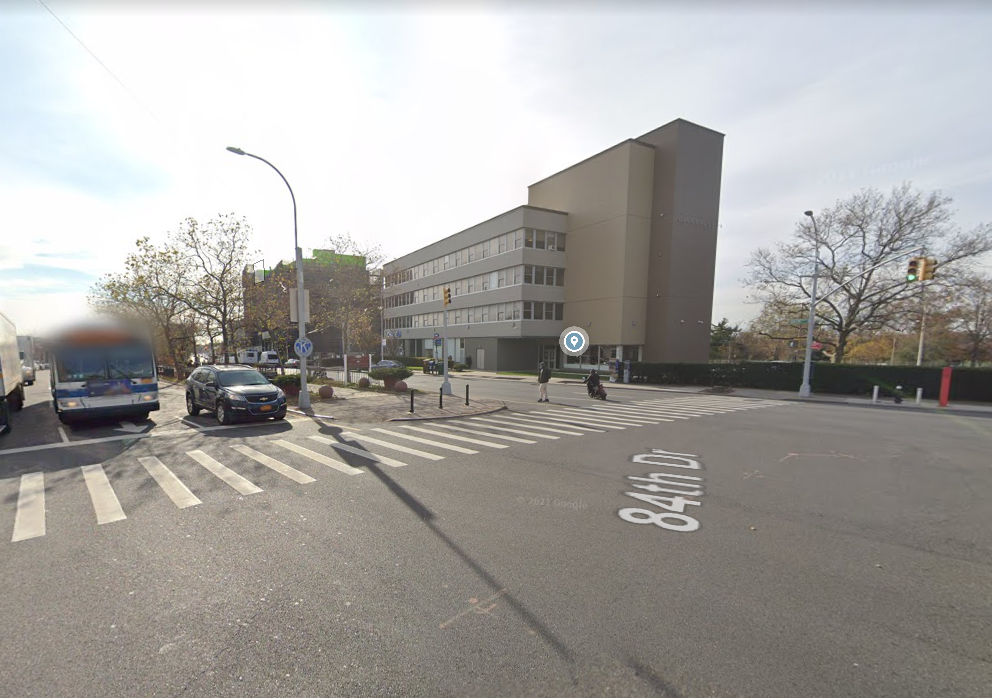 Another pedestrian recently died from the injuries he sustained in a similar accident.  Last Friday afternoon , 55 year old Jaipaul Persaud was crossing Queens Boulevard, also nicknamed “Boulevard of Death”, when a motorist making a left turn off 84th Drive onto Queens Boulevard fatally struck him (see location of the accident on Google map picture to the left). The pedestrian was in the crosswalk with the light in his favor. The 33 year old woman who struck him also travelled at the green light but was supposed to yield to pedestrians while making her left turn. The impact was so intense that Persaud who was hit by the front bumper of the car, flew onto the windshield and then crashed down on the street. Persaud was rushed to the emergency room but he died from his injuries on Sunday. The driver stayed at the scene of the accident and so far has not been charged (read more in the Daily News and in the LIC Post )

Later at night the same day, in Brooklyn, a 38 year old pedestrian was hit by a reckless driver who fled the scene of the accident. 38 year old Oscar Olford was crossing the street at the intersection of  Shepherd Avenue and Pitkin Avenue in East New York when he was mowed down by a hit-and-run driver. Olford was rushed to the hospital where he died on Monday. Olford was a popular MTA Bus driver well known by regular riders for his  cheerfulness. The police are still looking for the reckless driver who killed him. (read more in the Daily News)