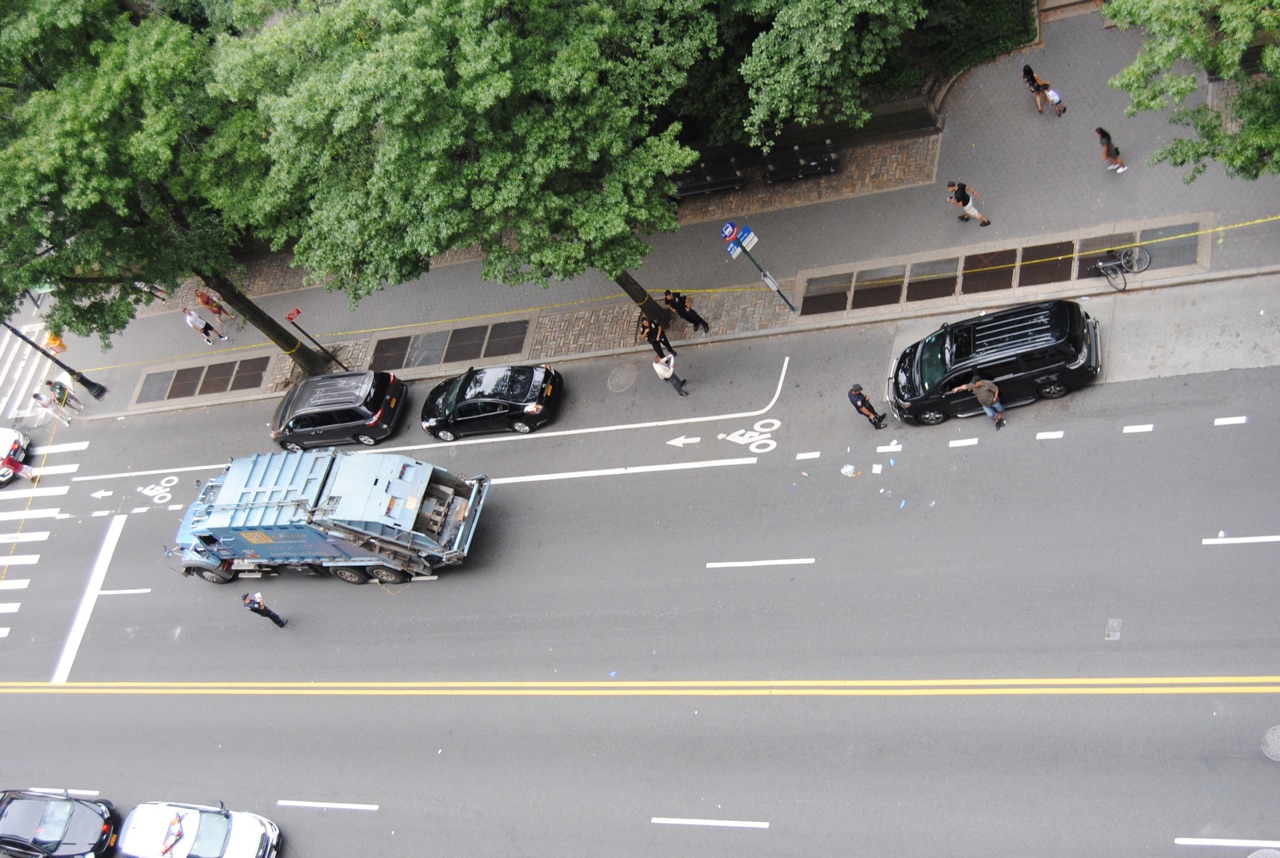 A 23 year old Australian tourist was killed in a bicycle accident in New York on Friday afternoon. Madison Jane Lyden  and another tourist were riding their bicycles North on Central Park West. As they passed by the bus stop between 66th and 67th Street, the young woman was forced into traffic to avoid an Uber car pulling into the bike lane. According to witnesses she “bounced off” the garbage truck before landing under its wheels. She was rushed to the hospital where she died shortly later. Madison Jane Lyden was from Victoria Australia. She worked at a recreational center as a swim instructor, life guard and receptionist. She was visiting New York with friends.

One of  our employees happened to be visiting someone in the building located right across the street from the accident scene and took a picture from above that clearly shows the livery car pulling into the bike lane, on the left are the belongings of the victim on the ground. It also shows the Garbage Truck stopped at a significant distance from where it contacted the bicyclist. Skid marks , which would indicate the truck braked prior to contact are are not visible south of or next to the Uber in the photo.

No information has been provided by the police as to the speed of the truck. All we know so far is that the police collected two empty cans of beer in the cab of the driver who was identified as 44 year old Felipe Chairez. Chairez who works for the private garbage hauling company Mellifont Construction Corp stayed at the scene of the accident. As they arrived at the scene of the accident, the police noticed that the truck driver appeared to be drunk and he acknowledged that he drank two beers before the accident. He was charged with drunk driving, driving while impaired and 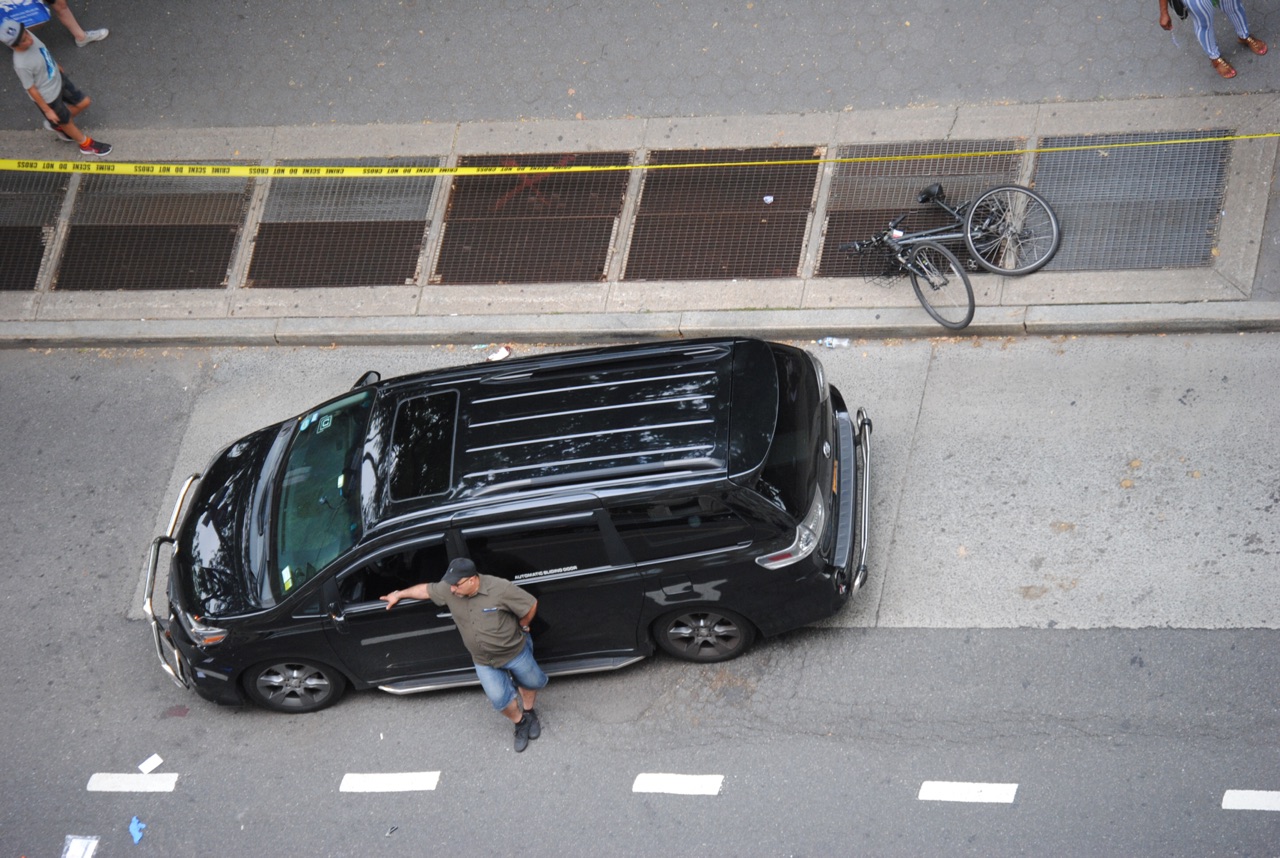 operating a commercial vehicle while intoxicated. He had no previous arrest or history of problems while working at Mellifont Construction Corp.

Transportation Alternative released a statement stating that the accident was completely preventable and that Madison Janre Lyden died because the bike lane was obstructed. They are pointing fingers at all the road users who are using the bike lanes as “drop-off lanes, parking lanes, and idling lanes for lazy and entitled drivers”.

The livery driver wasn’t charge.  Mayor de Blasio who was talking to the media yesterday afternoon questioned why the police didn’t immediately summoned the livery driver. Not only he was blocking the bike lane but he was also parked on a bus stop. De Blasio added  “We don’t know the facts, but it does appear a reckless action by the (livery) driver then set everything else into motion.”