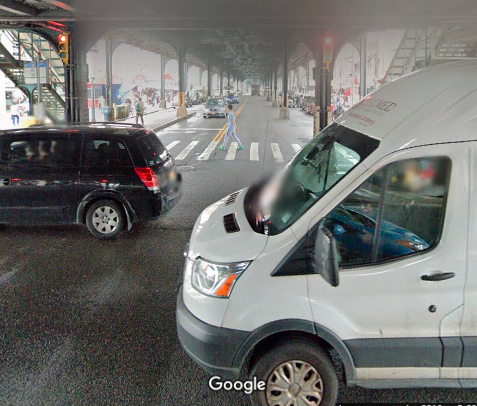 The new bill will divide the city into 20 different zones where only a selected number of private carting companies will be allowed to operate. Private trash companies will be chosen through a competitive biding process this year and contracts will be awarded in 2021. To be eligible private trash haulers will have to meet requirements in regards to workers protection, low polluting trucks and extensive safety training for workers.

Picture of the location of the garbage truck accident: courtesy of Google Map