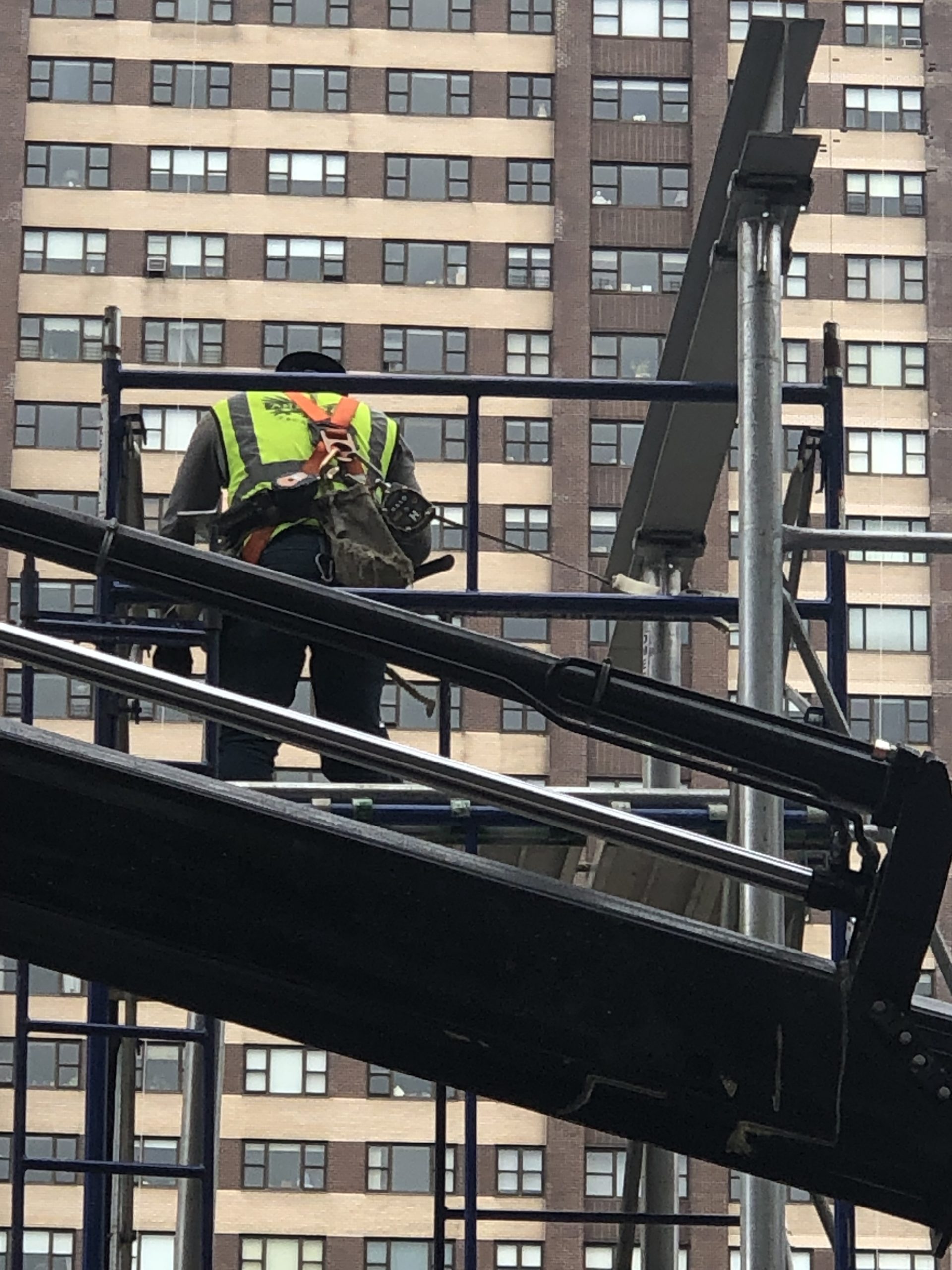 After a 21 year old worker fell to his death on a Brooklyn construction site, Everest Scaffolding, a NYC roofing company located in the Bronx, received a $300,370 OSHA  fine. This fine was the second largest OSHA fine of Q2 2021 . The accident related to the fine occurred on November 13, 2020. The young worker was installing a supported tubular welded frame scaffold during the construction of a seven-story building in Brooklyn when he fell almost 50 feet and died.

If Everest Scaffolding had respected OSHA safety guidelines and made sure workers were using a fall protection system such as the one shown on the picture in the right, the 21 year old construction worker’s death could have been prevented.

The only contractor that received a higher OSHA fine during Q2 was another roofing company. Allways Roofing in Snohomish, Washington accumulated more than $1 million fines after being hit with 12 willful serious violations at 3 jobsites. Allways Roofing is a repeat offender and is also on the state’s Severe Violator Program.

Another roofing company from New Jersey, Janiec roofing, received  a $283,989 fine which was the third highest OSHA fine of Q2 2021.  Janiec committed several violations including four repeat, 1 willful and 3 serious violations including failure to provide fall protection and other safety equipment such as head protection.  Janiec is a repeat offender that previously settled an agreement with OSHA to protect workers but the agency found that Janiec did not respect the agreement and continued to expose workers to dangerous safety hazards.