The study also looks at the nature of misdiagnosis and found that half of them are failure to diagnose cancer. 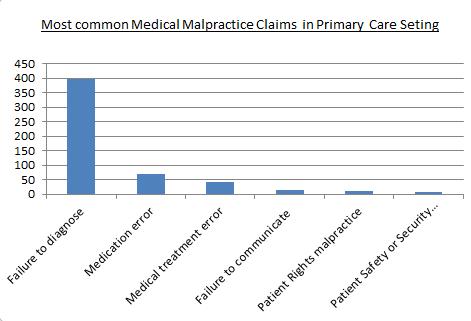