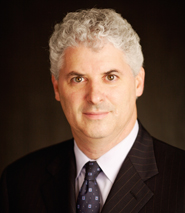 Launched in 1965, Medicaid provides joint federal and state funding of medical care for individuals who cannot afford to pay their own medical costs. Although the Federal Government pays the majority of the costs incurred for patient care, under Federal Law, the states are tasked with administering the program.

One of the states’ obligations under Medicaid law is to seek reimbursement for payments for medical expenses from responsible third parties to the extent of such legal liability (42 U.S.C. § 1396[a][25][B]). To fulfill that mandate, New York enacted Social Services Law § 104-b, which gives the State Medicaid official the right to enforce a lien “for such amount as may be fixed by the public welfare officer not exceeding, however, the total amount of such assistance and care furnished by [Medicaid] on or after the date when such injuries occurred.”

This statute, like the ones enacted in other states, was interpreted as to allow Medicaid to assert a lien on a recovery up to the amount, regardless of the amount of the recovery which is properly allocable to Medicaid (see, e.g., Baker v. Sterling, 39 N.Y.2d 397, 384 N.Y.S.2d 128 [1976]). Put another way, under the interpretation used by Medicaid and backed by the Courts, if Medicaid had expended $200,000 for a plaintiff who suffers horrific personal injuries (and whose pain and suffering and loss of earnings claims would fairly be worth millions of dollars), but ultimately must settle a case for $250,000 due either to inadequate insurance, then Medicaid, in it is discretion, could assert a lien against the recovery up to the total amount of its expenditures. This is true irrespective of the fact that, had a finder of fact allocated the settlement among the different elements of damages, the amount properly allocable to Medicaid would, in fact, amount to a small fraction of its claimed lien.

In 2006, the Supreme Court of the United States dealt with a similar Medicaid reimbursement statute in Arkansas Dept. of Health and Human Srvs. v. Ahlborn, 547 U.S. 268 (2006). There, a 19-year-old woman suffered devastating personal injuries, including permanent disabling brain damage, as a result of a motor vehicle accident. As a result of her profound injuries and overwhelming medical needs, she became a Medicaid recipient and received payments for medical providers in the amount of $215,645.30.

Due to limited liability insurance coverage, her personal injury lawsuit arising from the accident was settled for $550,000. Thereafter, Arkansas’ Medicaid office asserted a lien against the settlement for the entire amount it had paid for medical expenses. The plaintiff and Medicaid subsequently stipulated that the value of her entire claim was $3,040,708.12, that the settlement amounted to approximately one-sixth of that sum, and that if the settlement were allocated among the different elements, only $35,581.47 was properly allocable to Medicaid’s medical payments. The parties differed, naturally, as to whether the whole amount, or just the portion attributable to Medicaid’s payments, was recoverable.

The Supreme Court ruled for the injured woman, holding that several provisions of Federal law limited Medicaid’s recovery to only that portion of the settlement which represented the medical expenses it paid. The Court noted that 42 U.S.C. 1396a(a)(25)(B) permitted the local agency in charge of Medicaid reimbursement to seek reimbursement against third parties “to the extent of such legal liability.” Similarly, 42 U.S.C. 1396(a)(25)(H) grants states the power to acquire a Medicaid recipient’s rights as against a responsible third party “for such health care items or services.” Moreover, the statute which requires a Medicaid recipient to assign rights against third parties to Medicaid limits the assignment “to payment for medical care” (42 U.S.C. 1396k[a][1][A]).

Reading these sections together, the Court unanimously ruled that any attempt by a State Medicaid office to recoup any portion of a recovery beyond that portion of the recovery which was properly attributable to Medicaid’s expenses was violative of Federal Law inasmuch as the State statues, if enforced (as they had been for decades), would illegally permit Medicaid to gain reimbursement from monies which represented recovery for elements other than Medicaid’s past expenses, such as pain and suffering.

As a result of Ahlborn, plaintiffs in New York who were Medicaid recipients were no longer at the mercy of local county Medicaid’s office in seeking to resolve liens in personal injury actions. If Social Services would not agree to an accept an amount that represented a fair allocation of the settlement for Medicaid’s services, Courts would conduct an Ahlborn hearing to make that determination, in which plaintiffs could offer proof regarding the total value of plaintiffs’ full damages (see, e.g., Harris v. City of New York, 16 Misc. 3d 674 [Sup. Ct. 2007]). If plaintiff could demonstrate, for example, that the settlement represented 20% of the total value of the case, then Medicaid would be required to accept 20% of its lien.

Last year, a divided Supreme Court reaffirmed the strength of protections found in the Federal Medicare statutes, striking down North Carolina’s statute which automatically allocated one third of a Medicaid recipient’s recovery for reimbursement to Medicaid (up to the actual amount of benefits paid) on the grounds that it would, in some circumstances, permit Medicaid to take a portion of a Medicaid beneficiary’s tort judgment or settlement that was not designated for medical care (Wos v. E.M.A., 133 S. Ct. 1391 [2013]).

With little fanfare, however, Congress has acted to amend the statutes that protect Medicaid recipients from encroachment by Medicaid into their recoveries for damages such as pain and suffering and loss of earnings. Section 202(b) of the Bipartisan Budget Act of 2013, signed into law by President Obama, amends the relevant statutes to omit the language that limits Medicaid to payment “to the extent of a [third party’s] legal liability” of “such health care or services” which Medicaid paid, and instead now permits Medicaid to seek recovery of paid medical expenses from “any payment from a third party that has a legal liability to pay for care and services available under the plan” (42 U.S.C. 1396[a](1][A], as amended).

In other words, Congress has now attempted to change the clear and logical mandates of Federal Medicaid law, which permits recovery by Medicaid only for payments actually allocable to payments which it made.

These amendments go into effect October 1, 2014. The lawyers at Gair, Gair, Conason, Rubinowitz, Bloom, Hershenhorn, Steigman & Mackauf will continue to fight for the rights of those who have been seriously injured to prevent this injustice from becoming the law of the land.