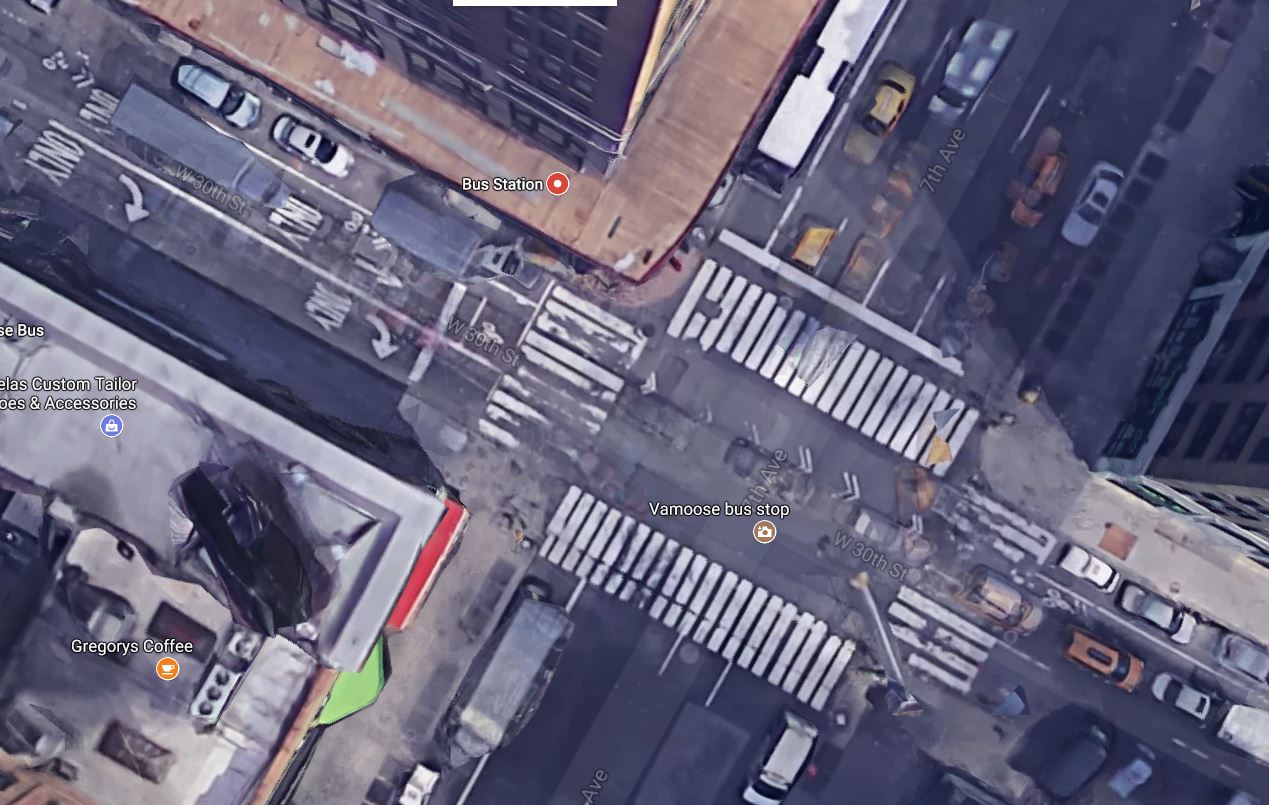 A cyclist suffered personal injury after being hit by a truck in New York yesterday morning. The accident occurred around 11:30 am at the intersection of West 30th Street and Seventh Ave.

A woman riding a Citi Bike and a dump truck were both waiting at the red light on 30th Street. When the light turned green, the bicyclist headed straight ahead while the truck made a right turn and hit her. The woman started to scream and the driver immediately stopped his truck. According to witnesses both the biker and the truck driver started to scream at each other. The woman was screaming “you hit me , you hit me” and the driver was screaming back at her “you were in my blind spot, you came out of nowhere! People at a nearby pizzeria ran out of the store and pulled the victim from under the truck. Her leg was badly mangled. An emergency crew arrived a little after and took her to Bellevue Hospital to be treated. She suffered serious injury to her leg but her life was not endangered. The truck driver stayed at the scene of the accident. He wasn’t charged.

It is not the first time that a bicycle accident occurred at what is called a “mixing zone” which is a design where a cyclist and a turning driver both get a green light at the same time. This summer, 31 year old Kelly Hurley was riding a bike in the East Village when she was  fatally struck by a truck in a similar “mixing zone” where both her and the truck got the green light at the same time.(see previous blog)

In April the DOT announced that it was planning to make 7th Ave safer for bicyclists by adding a protected bike lane.  Community members received the proposal very positively but were worried about safety of the mixing zone proposed by the DOT at some of the intersections. The community board asked the DOT to add split-phase signals instead of mixing zones at two of the intersections.  (see previous blog)

Picture of the location of the accident between the bicyclist and the dump truck : courtesy of Google Map