A man was injured in a car accident in NYC this morning  after he lost control of his vehicle and slammed into a private house.  23 year old Shirley Lucas and her 2 year old daughter were inside their house located on Bruckner Boulevard near Thierot Avenue in Soundview, Bronx when the accident happened. The car first crashed through a metallic gate located at the entrance of the property and then hit the brick wall of the house.  According to the NY Daily News The mother and the daughter weren’t injured but had to stay out of the house while Con Edison and the DOB were analyzing the damages.

Another man crashed in a Bronx building on Saturday night. He died in the accident. According to witnesses the 37 year old man was speeding east on Allerton Ave in the Bronx when he lost control of his vehicle. He first hit two parked cars and then a light pole before crashing into a dry cleaner store located at the corner of Barnes Ave.  The driver was transported to the hospital but he didn’t survive. Read more in the NY Daily News

Below is a Google Map Street view of the location of the Saturday night accident. 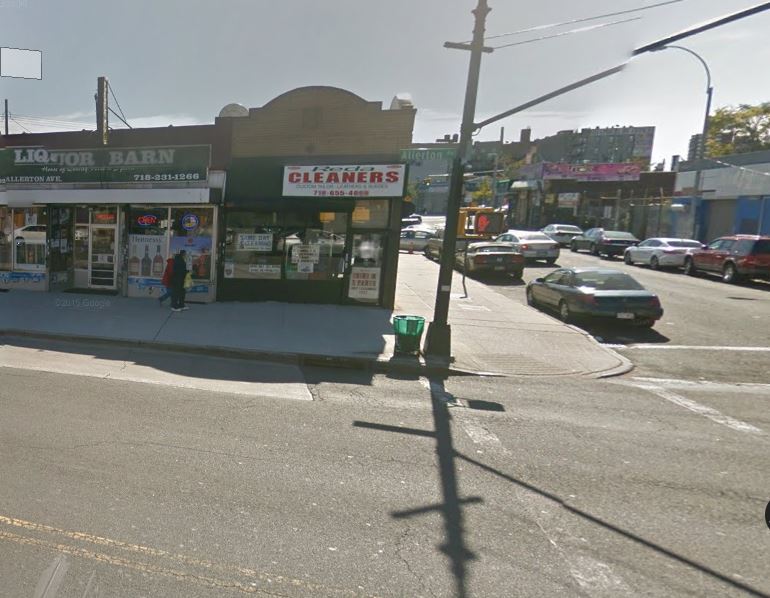