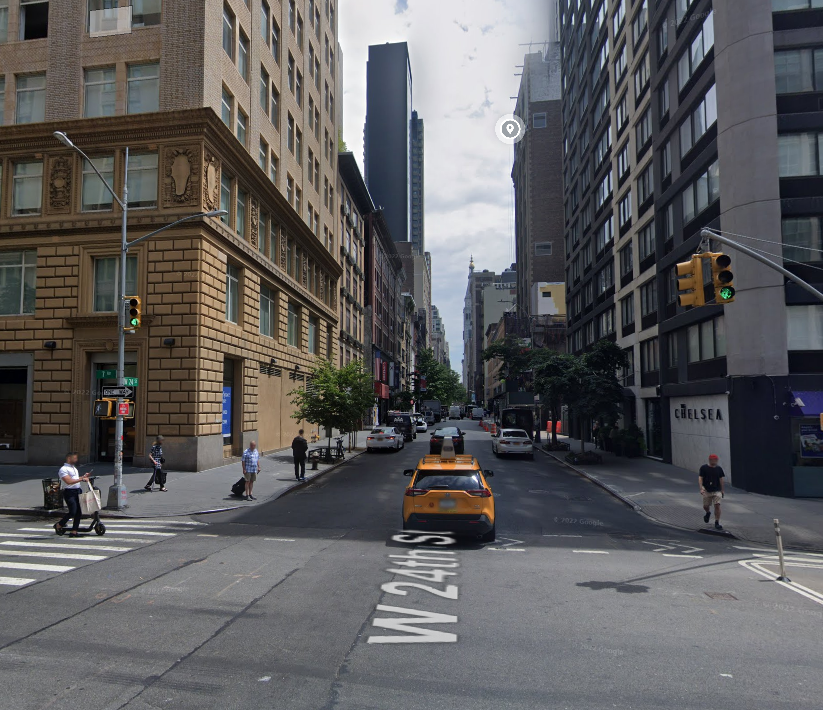 A cyclist riding an e-bike was killed by a hit-and-run driver in Manhattan, early Sunday morning.  38 year old Carlos Garcia Ramos was riding his e-bike East on West 24th Street in Chelsea and had just crossed 7th Avenue when the driver of a black Infinity sedan rear-ended him.  The cyclist who suffered severe head and body trauma was rushed to the hospital but he could not be saved. After the accident occurred, the e-bike got stuck in the wheel of the car. Instead of assisting the cyclist, the driver left his car on the side of the road and fled on foot leaving the cyclist dying in the street. He was later on identified as 24 year old Edgar Maeda-Luca. He was arrested and charged with leaving the scene of the accident.  (Read more in the New York Post).