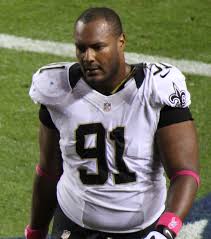 A surveillance video shows that Will Smith initially hit the car of  the man who then murdered him in an act of road rage. The surveillance shows Smith’s car bumping into a Hummer. While the hummer’s driver, identified as Cardell Hayes, pulled to the right side of the road, Smith just drove around it and continued on his way. Hayes became enraged that Smith didn’t stop and started to pursue Smith with his Hummer.  Hayes then caught up with Smith’s car and rear ended him, sending Smith’s car crashing into a third vehicle. As Smith stepped out of his vehicle words were exchanged before gunfire erupted. The former Saints player died of multiple gunshots, allegedly fired by Hayes. His wife only suffered personal injury as she was struck twice in the leg. Another senseless act which illustrates the consequences of carrying a gun by people who are not mentally stable.