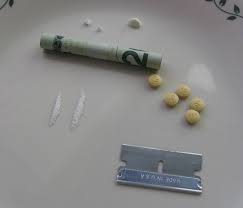 The lawyers for Dr Xiulu Ruan and Dr Shakeel Kahn will argue tomorrow before the Supreme Court of the United States that the criminal standard that physicians faced is not applied consistently among the federal circuits. Dr Xiulu Ruan was one of the largest prescribers of quick-release fentanyl drugs in the US and he is serving a 21-year sentence in federal prison. Dr Shakeel Kahn is serving a 25-year sentence after running pill mills in Arizona and Wyoming.  Their lawyers want their convictions to be overturned but the probability that it occurs is extremely low. However what the lawyers want is that the Supreme Court define a uniform standard that would allows doctors to raise a “good faith” defense and as a result a jury would be able to consider if a doctor was using his or her best medical judgement.

For doctors and patients all over the country the case is not about judging if Ruan and Kahn were bad actors among doctors and committed medical malpractice  but about good doctors who are risking criminal investigation because of  a difficult decision they made.  When the opioids started to flood the market 20 years ago, excessive prescribing was common. In order to curb the actual opioid crisis, authorities have been investigating prescription habits intensively to the point that doctors are now scared to prescribe them to their patients even though they need them.  People coming out of surgeries are being left to unnecessarily suffer because hospitals have implemented drastic guidelines and long term chronic pain patients can’t find a doctor anymore and have to turn to the illegal market.  As prescriptions for opioids fell down, the opioid deaths hit a record high last year in the US with most deaths being related to illegally obtained opioids.  Recent studies indicate this is not a coincidence as long term patients that have been cut from their doctors find themselves in the emergency room because they were poisoned by illegal drugs or committed suicide (See New England Journal of Medicine).

A recent article in the New York Time discuss this difficult issue extensively.