Doctors often fail to diagnose cancer in women with dense breast tissue because mammograms screenings are not reliable for women with this condition. Recent statistics and studies also show that women with dense breast tissue have a higher risk of developing breast cancer. Therefore advocacy groups have been pushing for legislation that requires doctors to report breast density to their patient. In New York, failure to inform a patient about dense breast tissue is now against the law and may support a claim of medical malpractice. The legislation was signed by Governor Cuomo on July 23 2012 and took effect last January. A total of 18 states have enacted dense breast notification laws, and 10 more have laws pending. Who is supposed to do the reporting and what they are supposed to tell patients varies from state to state.

In “Dense Breast Legislation in the United States: State of the States” published in the December issue of the Journal of the American College of Radiology, Soudabeh Fazeli Dehkordy, MD, MPH, and Ruth C. Carlos, MD, MS, from the Department of Radiology at the University of Michigan School of Medicine in Ann Arbor provide a detailed review of the state of this law at states and federal level. 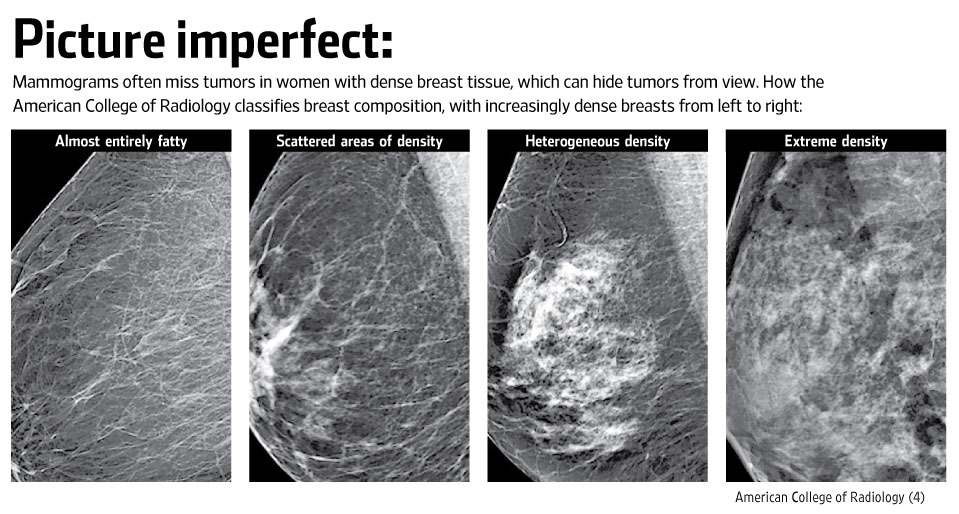