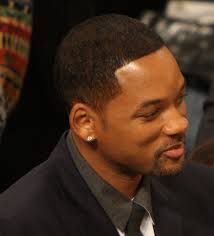 NFL players who suffer repetitive traumatic brain injury during their career have a high risk to develop Chronic Traumatic Encephalopathy (CTE).  CTE  is a progressive degenerative disease. Individuals affected by CTE often show symptoms of dementia such as loss of memory, confusion, depression and aggression.

Dr. Bennet Omalu, now the chief medical examiner, San Joaquin County in California, was one of the first doctors to detect CTE in NFL player’s brains.  Thirteen years ago as he was working at the Allegheny County Coroner’s Office in Pittsburgh he autopsied Mike Webster, a Hall of Fame center for the Steelers. Webster became so mentally ill that he ended up living in his pick up truck. During a dementia crisis, he pulled out his teeth and glued them back with superglue. He also shocked himself with a taser on a regular basis.

malu found that Webster’s brain was riddled with dark tangles of tau protein, which he explained had choked Webster from the inside out. He identified the condition as CTE and attribuDuring the autopsy, Dr Oted it to the estimated 70,000 hits to the head that Webster endured during his career. Dr Omalu then examined other players such as Terry Long, Justin Strezelczyk and Andre Waters and found they were afflicted by the same condition. When he showed the results of his research to the NFL they  publicly ridiculed him and intimidated him calling him a quack.

The movie “Concussion” that came out last month on Christmas day tells the story of the struggle of Dr. Omalu to get the truth out about CTE. In the movie written and directed by Peter Landesman, Will Smith plays Dr Omalu. Will Smith is a major football fan but he decided to play the role because he was moved by Dr Omalu’s story. He also believed that even though he loves football the truth has to come out about CTE.