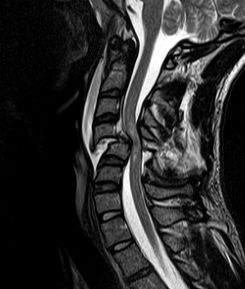 Spinal cord injuries result in damages that are  often irreversible or require patients to spend a very long time in a hospital setting for rehabilitation. Existing technologies used to rehab patients suffering from spinal cord injury are often heavy and can not be used in a home setting. However a recent headset prototype created by a Biomedical Engineering PhD student at the University of Glasgow,  brings new hope to spinal cord injury patients.

When she started her project, the PhD student modified gaming headsets, adding electrodes to record the brain activity. The prototype was heavy and uncomfortable. The student also found that it was difficult to accurately place the electrodes for optimal recording.  The idea was good but a real bespoke prototype needed to be created for this particular use. The student used a product design software to create a light usable prototype allowing for optimal electrode placement.  After the product design was finalized the student used 3D technology to bring it to life.  With 3D printing, there is no need for a mold anymore and every headset can be customized for each patient’s head with optimal electrodes placement.

The project which is still in the prototype phase is very promising as it allows a medical facility to 3d print a fully functional medical device custom made for the patient in a very short time.

The prototypes are now being tested with patients in Glascow, Scotland.  The goal is to have them in production soon so spinal cord injury patients would be able to use them in a near future.

Picture of a spinal cord injury: courtesy of Wikipedia