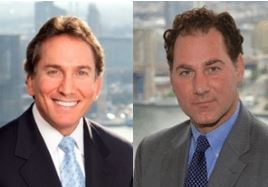 Our partners, NYC auto accident attorneys Ben Rubinowitz, and Peter Saghir just settled a case for a  44 year old father who suffered serious injury when he was struck by a car at an improperly marked New York City roadway construction project.

Following an appeal in Gregware v City of New York, the Appellate Division First Department ordered that a retrial on apportionment between the defendants be held. During the retrial held last week in New York Supreme Court the parties were able to settle the case for $8,500,000.00.   Our partner Ben  Rubinowitz, assisted by Peter Saghir, obtained a verdict of $7,125,000 against the City of New York and its construction company, Burtis Construction Co., Inc. following a 17 day trial.  The reason that the case settled for an amount far greater than the verdict was due to the fact that interest on the judgment was running   The City contributed $2,000,000.00 and Burtis Construction paid $6,500,000.00 toward the settlement.

Needless to say, the plaintiff was never provided with appropriate notice that the City of New York and its construction company were doing work in this area. The plaintiff testified that he never saw signs or barrels notifying him of the imminent lane closures. Other drivers also testified that they were not given sufficient notice and warning that construction was taking place. The construction foreman testified that he had properly laid out all signs, barrels and cones to notify drivers; however, the jurors chose chose not to believe his testimony (which was taken at deposition). The City inspector testified that he had checked the traffic pattern; however, he conceded on cross examination that he was unfamiliar with the Manual for Uniform Traffic Control Devices.

The plaintiff suffered knee injuries including torn anterior cruciate ligaments bilaterally posterior cruciate ligaments bilaterally and medial collateral ligament tears. He underwent five surgical procedures. The plaintiffs entire claim was based on pain and suffering and loss of enjoyment of life. The plaintiff’s wife brought a derivative claim for past and future loss of services. No claims were made for past or future medical expenses or past or future lost earnings.

The breakdown of the verdict was:

The complete decision can be downloaded here.