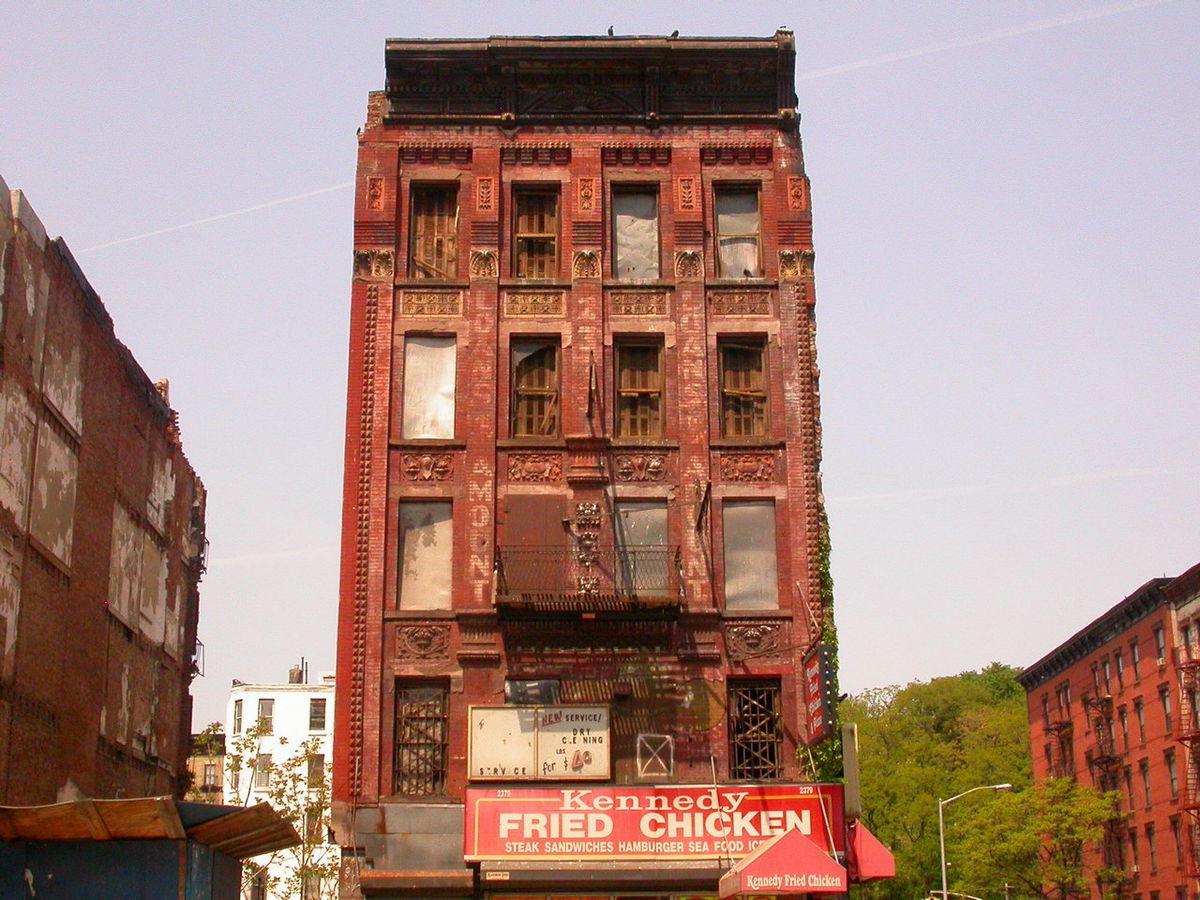 Months before the accident occurred, the department of buildings issued a class one violation to the building owner notifying him that some pieces of terra-cota were damaged and were causing a risk to pedestrians. The building fought the violation and its lawyer told the DOB that the facade didn’t pose an immediate danger to pedestrians. “The photos and the allegations, even taken together, do not substantiate the claim that there’s any kind of a falling hazard,”  he said to the DOB. The DOB agreed to downgrade the violation but still required that the building owner repair the facade. A permit to put up a sidewalk shed and repair the facade was issued to the building owner but month later nothing had been done and as a result someone died (see article in Wall Street Journal).

In other cases, sheds and protection are installed, but the owner doesn’t effectuate any repairs and ignore the fines received by the DOB. In 2001 the owner of a building in the Bronx was required by the DOB to immediately close a children’s playground that was compromised by a crumbling facade. The owner closed the playground but never did the repairs. The playground has now been closed for almost 20 years and the building owner has ignored 19 violations, didn’t pay the accumulated $49,000 in fines and didn’t show up at 7 hearings on the dangerous conditions. This situation is not unique. In new York City, there are 1,400 facades that have been deemed dangerous for pedestrians by the DOB and that have not been repaired yet (see New York Times article).

The city does have tools to impose financial consequences but doesn’t use them. The DOB recently appeared in front of the Committee on Housing and Buildings of the City Council for a hearing about this facade problem. The DOB said it was increasing the number of inspectors and taking more aggressive measures to get owners to fix their properties.

Picture courtesy of Wikimedia One of the few condemned buildings that remains in Harlem, 2379 Frederick Douglass Boulevard, photographed on May 14, 2005.