What does an injury really cost, not only in terms of medical spending but also in terms of work loss and decreased quality of life? A recent study by researchers from Brown University and the Pacific Institute for Research and Evaluation and published in the Journal of Injury Epidemiology provides an economic analysis of the “real cost” of all 31,038,072 hospital-treated injuries in the US in 2013. While most previous studies on injury cost focus mostly on the acute medical cost they don’t address the cost of the burden of injury.

The study also provide an in-depth analysis of the cost of injury by age, household income, payer, location, injury mechanism, intent and severity.

More than 6 million people aged 45 to 64-year-old were treated for injury in 2013.  People over 65-year-old as well as children 1 to 11-year-old and young people 25 to 34-year-old were among the most at risk of being injured. For each of these age categories between 4 and 5 million of them were hospitalized to be treated for injury.  On the graph below the 45 to 64-year-old category shows the highest number of injuries however the category covers a 20 year age range while most categories have a 10 year age range which makes comparison difficult. 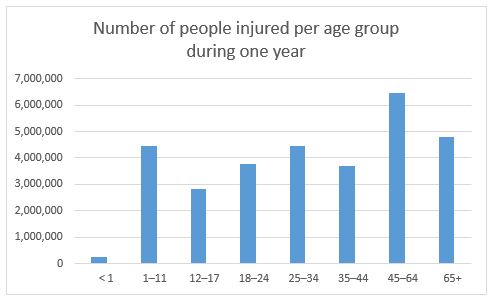 Again when comparing the cost of injury per age group, the age groups that are costing the most are the 45 to 64-year-old and the 65+ but again these two categories cover a larger range of years than the others. 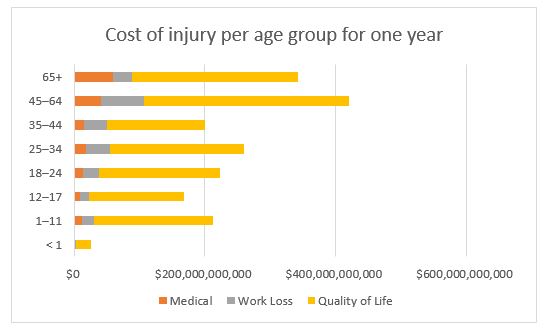 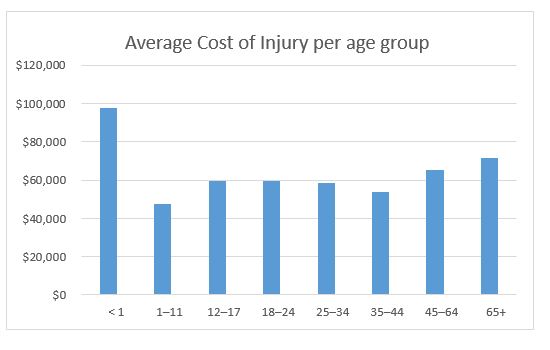 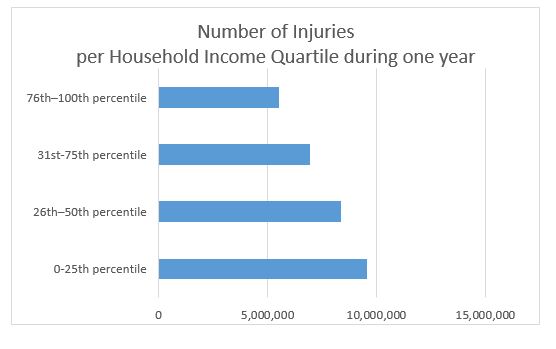 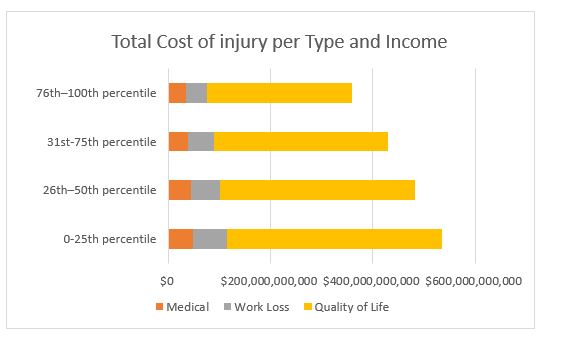 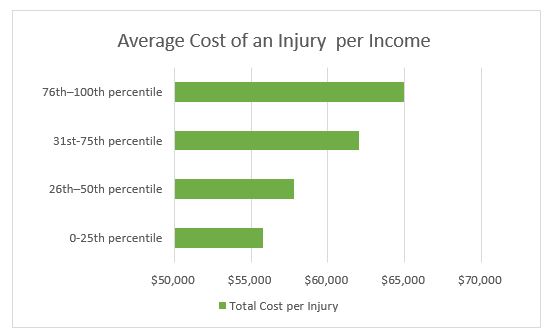 Who pays the bill? The study categorizes almost half of the payers under “other” which is not helpful. Another quarter is paid by private and commercial insurances as well as PPO and HMO. Medicaid and Medicare pay for the other quarter with Medicare paying for a bigger chunk than Medicaid. 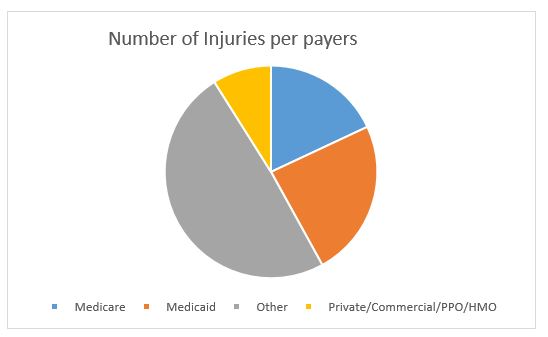 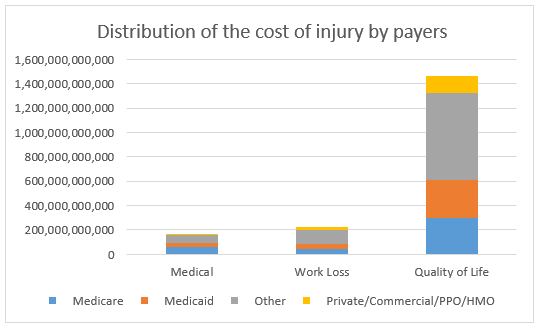 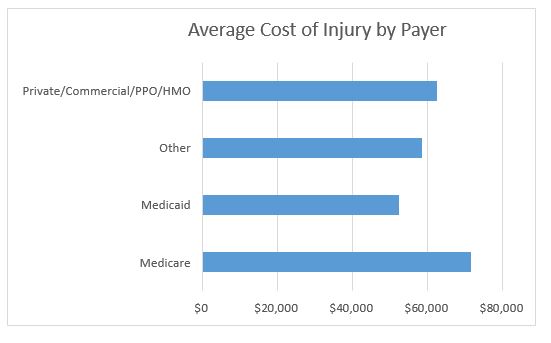 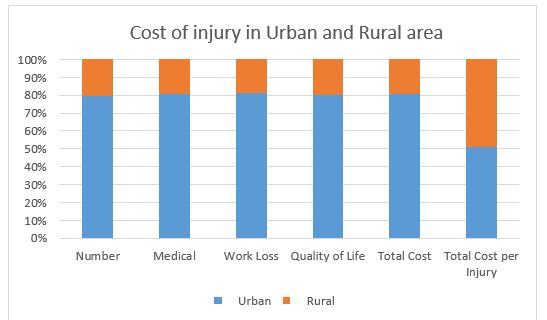 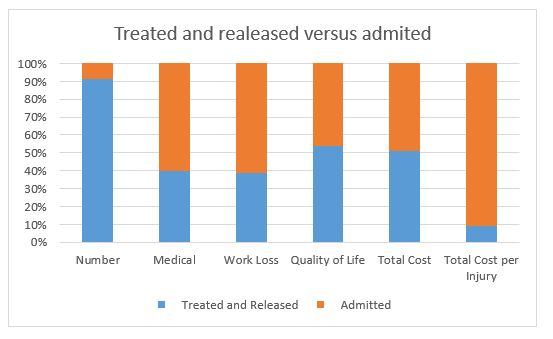 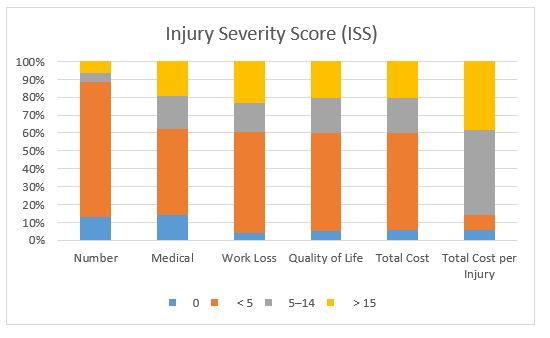 In a next blog we will look at injury types and their related cost.